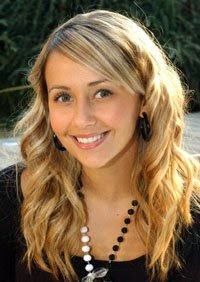 Samia Ghadie, who plays Maria Connor in Coronation Street, writes a blog over at OK magazine.

In the last blog, Samia writes about new Corrie producer Kate Oates and her own future on the show.

Samia says: "I had a meeting with Kate (our new producer) last week to discuss where we both think my character Maria, should be heading. Kate shared a few exciting ideas and storylines so I'm really excited about that!

My character has been a bit quiet over the last couple of years which has been fine as it's been great having a bit more time at home, but after hearing what is in store for me at work ,I feel ready for some fresh challenges. Watch this space!"

I am very happy to read this. Maria is a much-underused character, in my opinion. Samia can act her socks off when given the right storyline and I look forward to seeing much more of feisty Maria in the future.