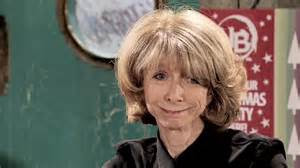 (This post was originally posted by Ruth Owen on the Coronation Street Blog in June 2016, reposted to this blog with permission.)

In forthcoming episodes of Coronation Street, we should all spare a thought for Gail Rodwell. Though she may not be under suspicion herself for the murder of Callum,  it seems certain she will have to undergo questioning. In short, within the space of a few days, her life has fallen apart.

Though she bemoaned her precious eldest child Nick's move to Devon, with his new wife Carla, where they had a room all ready and waiting for Gail, she must much rather that Carla and Nick had gone ahead with their move and their marriage smoothly and without a hitch. (Pun intended). Though Carla and Nick did technically get married, the revelations from Tracy about Carla giving the money to Tracy to give to Robert to buy the Bistro and Tracy's silence, it was far too much for Nick to forgive.

Gail stepped forward as Carla sat and awaited Nick's decision, and, rather callously, reminded Carla that she was not a mother and therefore could not understand Gail's heartbreak. To accentuate her point, she gave Carla a stinging slap across her face, to the gasps of her family and guests. Gail was justifiably angry with her potential daughter-in-law, though she was not justified in hitting Carla or anyone else for that matter.

Carla was more than reasonable and instantly forgiving to her potential mother-in-law. The real sadness of this is that Gail and Carla were starting to develop both a mutual respect and even possibly in time, a friendship. None of that will be and what's more, the reappearance of Nick's brain injury is another anxiety for Gail. 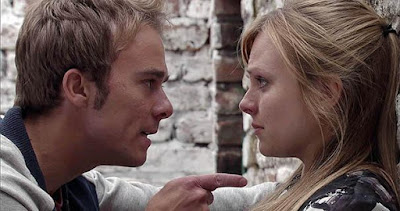 Then there are the arrests of David, Sarah and Kylie and the ensuing distress for Max, who is old enough to understand what is going on.  Lily, whose young life will be disrupted and baby Harry, who will sense the tension and be upset by it, are also going to suffer. Bethany, who has not had the happiest of times since returning to the cobbles, will also be profoundly affected.

Gail will be anxious about David, Sarah and Kylie but perhaps particularly so for Sarah, who is suffering from post partum psychosis, as well as all this added stress. In addition, Gail has lost her grannexe and has to come to terms with the fact that Callum was decomposing underneath where she slept, in the annexe of which she was so proud.

This heart-wrenching situation in which Gail now finds herself will be her biggest test of personal strength and resilience yet, perhaps even more so than the whole Richard Hillman debacle and his attempt to murder her and her family.

Audrey of course will be a support and if, just maybe, Michael returns from his ice cream selling in Brighton, he too could be a source of solace and strength. One thing is for sure, Gail will need all the support and friendship she can muster.