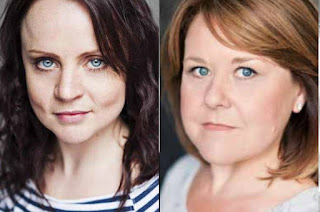 Wendi Peters, who played Cilla Battersby-Brown, along with Vicky Binns, who played Molly Dobbs in Coronation Street, have been cast in a new stage play in London.

The play is called Hatched ‘n’ Dispatched. It is set in 1959 and you are invited to a party. The Needham family have buried Uncle Arthur and christened Baby Clifford in a double booking at the church. As Dorothy-Mavis takes charge of preparations for the after-party, tensions erupt and toxic secrets threaten to destroy her family. But she is not a woman to let family love come between her and social respectability - whatever the cost.

The play opens on September 2nd. If you're in London, this play could just be right up your Street.