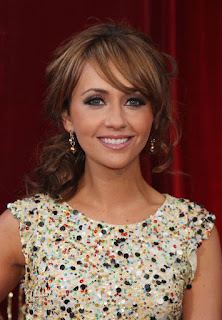 Congratulations to Samia Ghadie who has given birth to a baby boy.

The Coronation Street actress, who plays Maria Connor in the soap, is celebrating the arrival of her baby son with fiancé Sylvain Longchambon. The little boy was born on Thursday 24 September.

Samia, who plays Maria Connor in Coronation Street, already has a daughter, Freya.