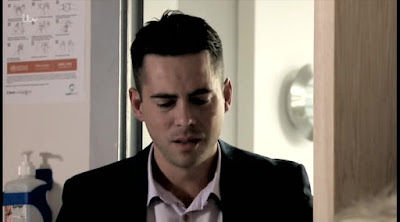 Truth Hurts award: Tod overheard his mother compare her sons and say that Jason turned out to be the better man and son. It hurt. But I also think Todd knew the truth of it. Consequences and all that. Will this sort him out or will he just use it as yet another excuse against them all?

Knight in Shining Armour: Jason, even if he was struck down in battle.


Mountain Goat award: Sinead only dropped the crutches a couple of days ago and now she's hiking through the forest? Miracle!

Heartbreak award: Erica might be handling the Nick and Carla thing like a trooper, but she's hurting a lot more than she let on to him.

First Love award: Craig and Caitlyn under a tree!!! 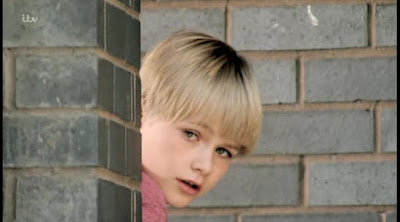 Hero Worship award: Max is even dressing like a little thug with hanging down braces (suspenders?) and a baseball cap. But he also gets the Bubble Burst award after seeing what Callum did to Jason. Here's a question, do you think Jason actually saw Callum or was he already down before Callum added his boots to the equation? Then it's Max's word against Callum's again.

Lines of the week:
Carla "Some dreams fly. Some plummet"
Tyrone "We'll be five minutes away from the campsite. What could go wrong?" (what, indeed)
Chesney about Dougie "Either that or he'll turn into John Rambo and kill small boar with his bare hands" Kirk "Do you get wild boar in Wales?" Craig "No, you just get wale bored!" (Nice one!)
Sinead "A trip without snags is like a meal without salt" Starving Tyrone "You didn't even save us so much as a Hula Hoop!"
Craig "I hate my face! I don't look in mirrors. I don't take selfies. I shut my eyes when I go to the barbers." (aww!)
Craig "My mum reckons it's her job to be the Wind Beneath My Wings" Caitlyn "That's dead sweet" Craig "You haven't heard her sing"
Caitlyn about her father "He'll never understand what we have!" (typical teenage proclamation! Aren't Caitlyn and Craig sweet together!)
Alya to Sally "Maturity...that's another word for OLD isn't it?"
Carla to Sally "You're more than capable, you're just not insane enough"