Does each generation get the Corrie it deserves? 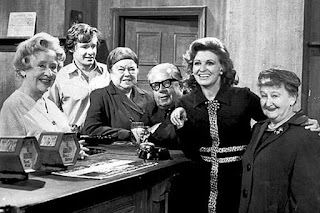 Here's something I've been thinking a lot about recently - does each generation get the Corrie it deserves?

Coronation Street is 55 years old in December this year. It is the longest running TV soap opera in the world. With that legacy to live up to as it faces its future, it shouldn't be bogged down by its past. But it should hold its principles firm.

When I tune into Coronation Street five times a week (or six as is currently being forced on us, (in the UK) more of which later), I want the security and comfort of knowing I'm going to watch something I love. I want that feeling that I'm being served up a nice toasted crumpet on my favourite plate with some hot tea in my favourite mug. I want the cosiness, I want the fun, I want the drama.  And I get all that. I enjoy it still, otherwise I wouldn't continue to watch it and I wouldn't run this site.

But what we also get after 55 years of the show is a soap opera for our time. It's 2015 and Corrie has stiff competition from 'Stenders with its darkness and violence and people who whisper loudly and shout quietly. And then there's Hollyoaks aimed at a demographic I don't understand and programmes like Towie and Geordie Shore with their fake hair, fake tan, fake boobs, fake reality.

What we have now in Corrie is a bit of a mix.  We've recently seen Sarah Harding, a pop singer come and go. It wasn't one of Corrie's finest moments but I think I understand why they tried. X-Factor winner Shayne Ward arrived in the show recently. With X-Factor being another of ITV's flagship programmes, who can blame the corprate powers that be for combining both of their golden geese? That's how things work now, it's the business end of show-biz, and this is where I get to mention those six episodes a week that are being forced on us now. 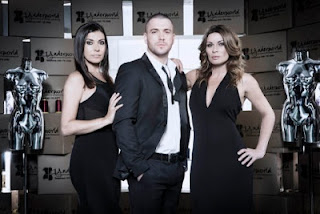 I use the word 'forced' because I don't like the 6th episode on a Thursday night. It's too much. I have a life and I don't want that much Coronation Street in it. You really can have too much of a good thing. I want quality, not quantity. You may well disagree. But why are we having six eps a week now, does anyone know? And when will it end? Maybe it won't. Advertisers must be falling over themselves to book into those coveted extra Corrie slots.

Perhaps it's an age thing not to want too much Corrie. For me, watching Coronation Street means sitting down in front of the TV, part of a routine. I've never watched it online and wouldn't. I couldn't, not Corrie. This week I've shuddered with horror as people have suggested I watch the live episode on my phone (my phone!) as I'll be overseas when the live episode airs.  I could not be that disrespectful to my favourite show, the cast and crew, to watch their live performance, as part of ITV's 60th anniversary, on a tiny little screen. Anyway, it's more fun to hunt down a foreign bar with English telly.

Anyway, I digress. There are also two comedy actors joining the show - Paddy McGuinness and Ted Robbins. I have high hopes for both. Yes, I would prefer to have some talented unknowns coming into these roles, but I do understand the necessity of bringing in names.  There are things I don't like or enjoy about Corrie but I'm just a life-long fan, I have no say. As a fan, all I can do is take what they give. And what they giving, in the most part, is great.

However, all is not lost. We still have some amazing, talented scriptwriters, some of the best on TV.  We still have some cosy-crumpets-and-slippers-by-the-fire moments. And we still have characters we love ... and while that's the case, I will always be a fan, ready to forgive Corrie anything.

Oh yeah, and this.