Take the test: How well do you know Ken Barlow? 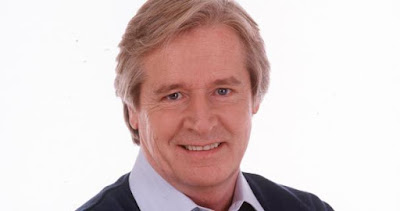 How well do you know Ken Barlow?

With thanks to an old soaps quiz book that Sunny Jim found in a charity shop last week, here we go with a set of questions all about King Ken of Coronation Street.

There's no prizes for winning, so don't ring in. It's just for fun. Mind you, it is rather tricky.

1. What was the name of Ken Barlow's brother and who did he marry?
2. Who was newspaper man Ken's mole on the local council?
3. Why did Ken's parents disapprove of his girlfriend Marion Lund?
4. What subjects did Ken get a second-class BA honours degree in?
5. How did Ken Barlow's mother Ida die?
6. What was Ken's first job after University?
7. In which newspaper did Ken's controversial article 'Life in a Northern Backstreet' appear?
8. What did Ken sell to pay for his wedding to Valerie?
9. Where did Ken and Valerie spend their honeymoon?
10. Why did Ken report butcher William Piggott to the police?
11. What was the demo against that landed Ken Barlow in jail?
12. Which exotic location was Ken going to teach in before his wife Valerie died?
13. Why did Ken's housekeeper Margaret Lacey resign?
14. Who was Ken Barlow matched with when he joined a computer dating agency?
15. How did Ken's estranged wife Janet die?