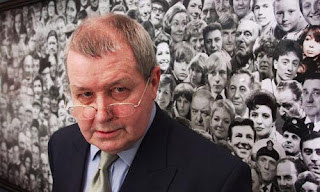 Voting on the long list of soap stars in this year's British Soap Awards opens tomorrow.  We'll be sure to let you know about it as soon as we have details and the link  is open to vote.

The Daily Star Sunday reveals that the Outstanding Achievement Award (offscreen) will now be called the Tony Warren Award.

Speaking about the honour, Corrie’s executive producer Kieran Roberts said: “When Tony Warren created Coronation Street he also created an entire genre of British television drama. Everyone who works on the soaps today, and everyone who enjoys watching them, owes him so much. It’s therefore a wonderful tribute to Tony’s genius that the British Soap Awards are introducing The Tony Warren Award.”

The British Soap Awards will be held at London’s Hackney Empire next month.