Platt To The Future

(This post was originally posted by Scott Willison on the Coronation Street Blog in March 2016, reposted to this blog with permission.)

Tonight's Coronation Street brought drama, comedy, scenes of people passively aggressively insulting one another over a rancid stew.  But the most important part for me was the PLATT-TILSLEY FAMILY ALBUM!  Not least because it deftly mixed the different heads of well-loved characters.  And Sarah-Louise. 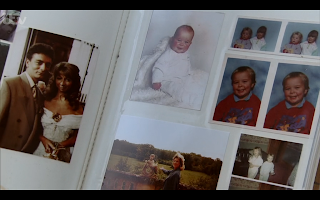 This two page spread, for example, cleverly mixes Corrie promotional shots with pictures clearly torn from Jack P Shepherd's own family album.  Those two snaps in the red jumper are clearly of a young JPS: look at that devilish grin, later used to malevolent effect whenever David went evil again.  To the left, we've got Gail marrying Martin; it'd be nice if Martin turned up to congratulate his adopted daughter on her new child, but I suppose he's too busy flogging cheese to bother with parenting these days.  Let's also note Audrey pointing at a garden centre statue like it's the Venus di Milo. 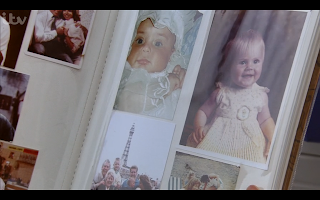 On the next page, I'm guessing we're getting pics of the young Tina O'Brien, but mixed in with snaps from Corrie past.  That Blackpool picture gives us a glimpse of the first Sarah-Louise, if you squint hard enough.  More importantly, that's Original Flavour Nicky Tilsley, next to Grandpa Don!  I hope they sent Warren Jackson a fiver for using his picture.  It's also a handy reminder, something I like to emphasise as much as possible, that the current Nicky Tilsley is meant to be in his mid-thirties. 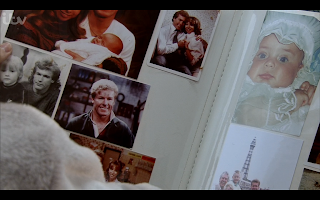 Our final page is very much Brian Tilsley-oriented, though we don't really have a glimpse into Imperial Phase Tilsley with his frosted tips.  It's funny how professional all the shots of Brian look, almost as though they were taken by a man from the TV Times and not Gail with an Instamatic.  Still, another glimpse of Warren Jackson, bless him, so another fiver I hope.

At this point, Bethany made a crassly insensitive remark, as is her wont, so we didn't get to see the rest of the pages.  Who knows what they contained?  A teenage Sarah-Lou being groomed by an internet pervert?  David being sent to a juvenile offender's institute?  The whole family plunging into the canal as their stepdad attempts to murder them?  Second Nicky's abs?  Such a missed opportunity.