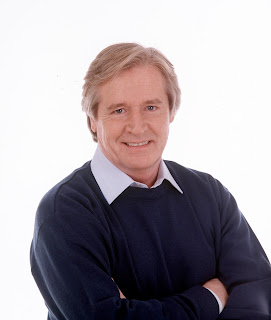 There's an interview with Coronation Street's Bill Roache, who plays Ken Barlow, in today's Mirror .  In it, he talks about Corrie going to six episodes per week and he reveals his thoughts on new producer Kate Oates and the cast's younger members too.

Speaking about the new Corrie producer Kate Oates taking the show to six episodes per week, Bill says: “There’s been a lot of noise about Corrie going six days, but they will be very accommodating. It will be seamless. We’ll hardly notice it. The more the merrier, I say. The bosses are very caring. They’ll adjust the schedule and the logistics of the whole programme so that nobody gets any extra pressure on them. In the early days when we used to do two episodes a weeks we used to rehearse all week. Now it’s done like filming, there’s no rehearsals. I like that, I prefer that system I’m not shy of hard work. I’ll be there until the end if they’ll have me.”

And on the younger members of the cast, he says: “I always thought as I became the elder statesman, the longest serving member, the youngsters would beat a path to my dressing room seeking my advice. Not a chance. I feel it’s the other way around. They’re all so confident and good that I feel I should go to them for advice.”

He adds: "Acting is a real stimulus, it keeps me sharp. The stories keep coming in and they’re wonderful. It’s rejuvenated me. People seem to like me. I think they have just got used to me over the years. I’ve got generations who grew up watching me on TV. I love meeting elderly people and their eyes light up when they see you and they want to chat to you. It’s lovely one can have that effect. It’s not been an easy ride. You have to work hard at acting, you never get casual or flippant about it. I still get nervous before a take. If you don’t you shouldn’t be there.”

Speaking about the new producer Kate Oates, Bill tells the Mirror: “I think she’s wonderful. She’s a lovely person, she really bright. She’s bubbling over with ideas and we’re delighted to have her. She’s injected a new burst of life.”


And on missing Anne Kirkbride, Bill says: “Every time I go on the set there are photographs of Anne all around. She was such a vibrant personality that she’s still very much alive in our thoughts. It’s gone very quickly. It’s like in any family, if someone passes away you feel a sense of loss. That doesn’t go away. There’s a big hole there that nobody else can fill. But you go on.”