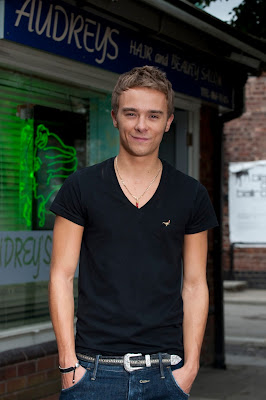 According to Mr Curry Sauce in today's Sun, Jack. P. Shepherd has ‘signed a six figure deal’ to stay on the soap

A source (so take this with a pinch of salt, as always) says: “Everything is being looked at to steady the ship and try and keep people happy after a rather large number of people decided to leave – but Jack was a priority and that’s why we are being told he has been told he will be a mainstay character and rewarded with this deal.

“He is only is his late 20s and after being in the show for some sixteen considerable years he has been recognised as a real integral part of Corrie – with the dysfunctional Platt family set to be projected as Weatherfield’s number one clan.

“The younger less experienced cast will have been assured they will be looked after as well when it comes to extending their contracts – if they put the work in and their characters are liked by the viewers then they will be fine.

“People like Catherine Tyldesley, who plays Eva Price, has shown that hard work can reap dividends – she has really made Eva work and that has been recognised."