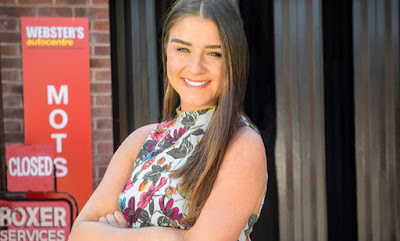 Brooke Vincent, who plays Sophie Webster in Coronation Street, is now on a three-month absence from work. She's currently starring in a stage play called Be My Baby.

Our blogger Ruth is attending the show tonight at The Lowry and will be writing a review for fans to read here on the Coronation Street Blog.

As for on-screen Sophie, her absence will be explained as she leaves for Miami.  The Radio Times reveals that Sophie gets a call from sister Rosie, who invites her there for a break.

We'll see Sophie tell Kevin that she's leaving, in the episode to be screened on Friday 14 October.