The return of the Barlow - Baldwin feud to Coronation Street 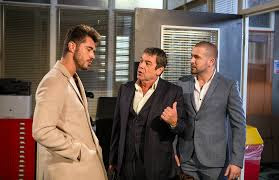 I loved, absolutely loved, the return of Adam Barlow and Daniel Osbourne to Coronation Street last week. Indeed, I may have remarked something along the lines of 'ooh, man totty overload on the street at last' when Adam turned up and hugged Peter round the cobbles.

And what a return it was, for both Adam and Daniel.

The first we saw of Adam Barlow - son of Mike Baldwin, let's never forget - was his very flash Jaguar as it rolled up outside of Underworld.  Mike was a fan of the Jag too.  Before Adam waltzed into Underworld as if he owned the place (which he surely will, he must!), he stopped and lit up a cigar, just like his dear old dad did too. 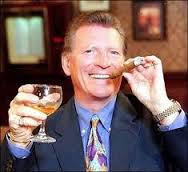 And then inside the factory office, Adam sniffed out the scotch. Some traditions live on. And then he made himself very comfortable in the management chair, too comfortable for the likes of Aidan and Johnny's liking. 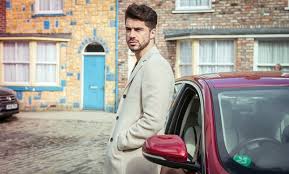 And what of Daniel's return to Ken's bedside, reading to his father as he lay in his hospital bed? A lovely touch, the contrast being made right from the off between the Baldwin (Adam) and the Barlow (Daniel) to replay the best love-hate rivalry that the Street's ever known, that between Ken and Mike. Surely we won't have too long to wait before this happens now... 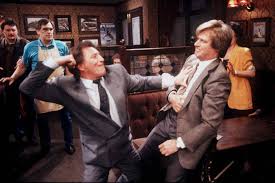 What did you think of the return of the Barlow-Baldwin feud to Corrie last night?