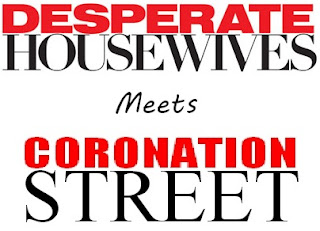 (This post was originally posted by Craig on the Coronation Street Blog in November 2011.)


Earlier this year, it was announced one of my favourite shows – Desperate Housewives – is coming to an end after eight brilliant years. With it coming back to UK screens for the final season in the near future, I thought I’d take a look at some of the similarities I’ve noticed between Wisteria Lane and our very own Coronation Street. 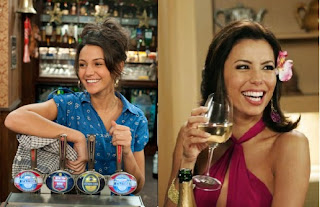 Gabrielle Solis and Tina McIntyre. Fun loving, loud and independent ladies, but with their fair share of daddy dramas. 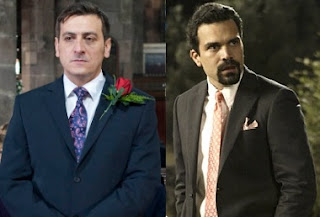 Carlos Solis and Peter Barlow. Family men prone to flying off the handle, and a weakness when it comes to alcohol.

Karen McCluskey and Blanche Hunt. Always ready with a cutting comment to put down any of their neighbours who are foolish enough to cross them. 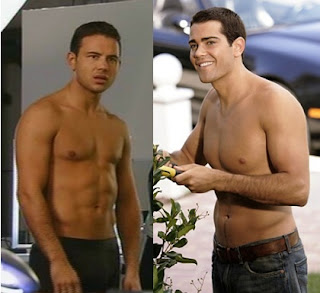 John Rowland and Jason Grimshaw. Topless at any opportunity, and keeping female eyes fixed firmly on the screen!

Bob & Lee and Sean & Marcus. The gay couples next door, both have had their share of baby blues. 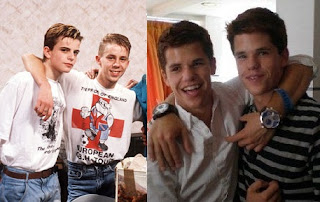 Porter & Preston Scavo and Steve & Andy McDonald. Two sets of tearaway twins, doing their best to drive their mothers up the wall!

Take a look at the rest of our Weatherfield Style series:
Downton Abbey
The Sopranos
Mad Men
The Flintstones
Tales of the City
Posted by Tvor at 17:19