The weight of the world on Peter's shoulders 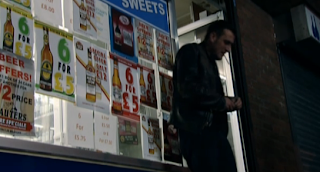 (This post was originally posted by Chewy on the Coronation Street Blog in December 2011.)

This time last year, Peter was knocking on heaven's door. After Ashley sacrificed himself to get Peter out of The Joinery alive, he was only showing weak signs of life. One year on, Emily Bishop innocently asks Peter to make a speech for the tram crash memorial service.

Little did she know she had sparked another type of crash altogether - the sound of the crash as Peter fell off the wagon.

Peter's day wasn't made any better by the fact that one of his AA meeting friends was himself on death's doorstep, Peter told him that they were a team, that they could fight through it together.

That night at the Alcoholics Anonymous meeting, Peter was told his friend had passed away, he'd discharged himself, and made his way to the closest drinking hole. Devastated, Peter returned home and worked on his speech, and forced by the immense pressure he was under, he took a swig of Vodka and went back to working on the speech that Emily had asked him to give.

What did you all think of Peter Barlow's episode last night?
Posted by Tvor at 06:42