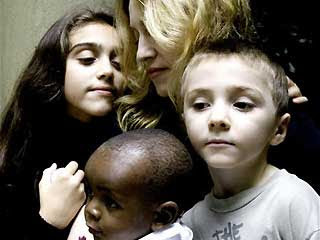 So loveys, Stella. What is her flamin’ problem? She rang me the other day from’t cab office.

‘Eeh by gum, hello. Is that Fat Glenda?’

That flamin’ woman! She swans round Weatherfield like everyone’s mam, picking up waifs and strays like that Madonna. Telling Lloyd that her and Karl are his family now! She barely knows him! Lloyd sacked Karl last week and now she’s acting like his guardian flamin’ angel! I mean, Leanne I can understand, she did at least come from her womb, but she’s like a lass possessed! First Carla (understandable) and now Lloyd (not understandable). She's Weatherfield's own pint pulling Samaritan!

‘I know what yer going through.’

It gets on me wick! She’ll be taking confession in the Rovers next.

‘Stella, I’ve sinned. I’ve looked at Carla (and a bottle of whisky) in a lustful way!’

‘I know what yer going through, Peter… say three hail Stella’s and may gin be with you.’

Talking of confessions, that Sophie confessed her undying love to me the other day. I lent her twenty pence two weeks ago and it must have meant to her than it did me cos she’s been following me round and telling me how Sian feels like ‘ome but she can’t stop thinking about me an’ all!

‘Sophie love,’ I said, ‘yer a lovely lass – a bit weird what with yer church meetings with that eyeliner vicar fella and that - but I’m straight. I mean, I did like that KD Lang song about ciggies – ‘Constant Craving’ – but that’s where it ends.'

I think she got the message, bless her.

I’ve called the police and filed Amber as a missing person cos the lass that’s working in Dev’s shop IS NOT her! I mean, she looks like her and she sounds like her but it’s as though everything she was has been erased. She’s either one of them clones like that manky sheep or she’s been brainwashed by someone at university! Is it me memory or was she actually quite a nice lass once?

Little Nicky Tilsley’s a bit of a lothario in’t he? Taking Eva back to his mam’s so they can share his single MFI bed. His Bon Jovi posters can be a bit off putting by all accounts but I’m sure it’s every lasses dream to spend a night at Gail’s house! Becky was the last bum print on that mattress and I reckon Eva can fill the space well.

Nicky told me he’d never felt this way about a woman… for at least a couple of weeks. I’ll give it a month before Gail is sticking pins in an Eva doll and getting Deirdre to look through her medical records to use as evidence against her!


If I’m out of a job this week it’s cos of the state we’ve let Streetcars get into. Oh loveys, all them crisps and Dunhill I bought from petty cash and never repaid have come back to haunt me! I went in last night and tried to sort through the invoices and I must say, it’s not happening! How do you declare buying Max to the taxman? I tried to file it under expenses but I’m not sure about the legalities of kiddie buying. I’ll ask that Madonna, she’s bought a few in her time (allegedly).

Max auditioned for the school play and it was nice to see our Sunita had brought her kids out of hibernation for the day. Simon did a belting Cilla Black song that brought a lorra lorra pleasure to a lorra lorra folk!


Right, I’m off to help organise the memorial service for the tram crash. I’m in charge of music. I’ve decided on ‘Fire’ by that Arthur Brown and ‘Disco Inferno’ by The TRAMmps! Belting!

Tweeter me if you want or leave suggestions for the memorial music below!
Posted by Tvor at 08:47