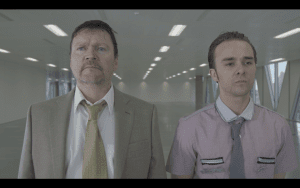 Coronation Street's Jack P Shepherd, who plays David Platt, is involved in a new film production company. Along with Ian Puleston-Davies, who played Owen Armstrong, and Ben Price, who plays David's on-screen brother Nick Tilsley, they have been busy making films away from their work on the soap.

Ben Price is the writer and director at Bolo films, with Jack and Ian acting.

The film company is called Bolo Films and their website is here.
Bolo Films are also on twitter here.

I truly like these kind of tidbits. A sincere thank you