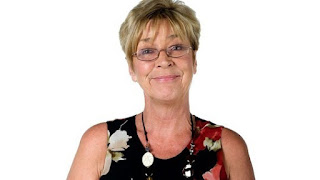 With the sad news that we'll be saying a final farewell to Deirdre Barlow next week on Coronation Street, Corrie scriptwriter Damon Rochefort talks about writing Deirdre's goodbye.

"Even if you’ve never seen a single episode of ‘Coronation Street’, a pound to a penny says you’ve probably heard of Deirdre Barlow. So to the millions of fans who have followed the character through her 42 dramatic years on the show, the death of actress Annie Kirkbride earlier this year was shocking and tragic.

So when I was asked to write Deirdre’s funeral episodes some months ago, I was touched and flattered, of course, but well aware of the level of anticipation from the show’s fans that the character had the send-off she deserved. Being a lifelong fan of the show myself, even if I’d never worked on Corrie, I’d want exactly the same thing. And it wouldn’t be just the fans, either. Annie was a hugely popular cast member and it was important to me that our colleagues on the show also felt I was doing this iconic character justice. So too her husband David and all her friends and family who thought so much of this wonderful woman and the character she so brilliantly portrayed.

No pressure there then.

A few years back, I wrote Deirdre’s mother Blanche’s funeral episode after the sad passing of actress Maggie Jones. In that episode, I wrote for Annie – as Deirdre – a eulogy for her mother which I’m relieved to say was incredibly well received, mainly because Annie delivered it so perfectly. Now I had to do the same for Bill Roache as Ken, as he delivered a eulogy to his wife, taken from him far too early. Bill and Annie were incredibly close colleagues for 42 years, an on-screen husband and wife for many of them. How to fit all that history into a eulogy lasting a few minutes on screen?

And how would daughter Tracy react? A woman who has literally got away with murder and been the bane of many street residents’ lives for years. Would the ice queen finally crack? And what of grand-children Amy and Simon? Her best friends Liz and Eileen? Surrogate mum Emily? The wider community?

Another quandary when actors die unexpectedly is that we write scripts many months before transmission. The public knew Annie was dead. But on screen, in episodes written long before this shocking news, Deirdre was staying at her friend Bev’s, a story we had used to cover Deirdre’s absence on the show when Annie had been taken ill. Now she would never come back. The only task left was to give Deirdre a funeral with all the emotion and – this being Corrie, the humour – this iconic TV legend deserved.

One key when writing these eps was Tracy. Deirdre was pretty much the only person who ALWAYS forgave Tracy. The one person Tracy could turn to when she had alienated everybody else. How would this self-absorbed, callous character react when her lone supporter had gone? The answer came, strangely through a song. When I was deciding which songs Deirdre would have at her funeral I spent an afternoon listening to many. And when I put on ‘Bridge Over Troubled Water’ and heard the lines ‘I’m on your side, when times get rough. And friends just can’t be found…’ I knew I had a wonderful scene. Tracy, weeping, staring at her mum’s photo on her coffin, as the congregation sang these magically apt words which summed up Deirdre’s unfaltering support of her daughter.

Then there was the humour. During Blanche’s memorable time on the show, she famously used to go to strangers’ funerals with her cohorts from the one o‘clock club. It was one of her hobbies. At Blanche’s funeral, the one o’clock club tipped up – led magnificently by June Whitfield – and provided some excellent light relief. Why not have a gaggle of these old dears turn up at Deirdre’s funeral too, in memory of Blanche and out of respect for her daughter? And why not cast a real choir as the one o’clock club members, so the songs would really raise the roof of the beautiful church we were going to shoot in?

For the rest, I’m afraid you’ll have to watch the episodes. Us writers like to hold a few surprises back.

Co-incidentally, we shot Deirdre’s funeral scenes either side of the weekend of Annie’s memorial in Manchester Cathedral. An emotional time then for cast and crew, these last couple of weeks, as they said goodbye to both Deirdre the character, and Annie their beloved colleague. So when you see the on screen tears and emotion from cast members when Ken says his final goodbyes to Deirdre in these upcoming episodes, you can be assured of one thing - it won’t all be acting…"