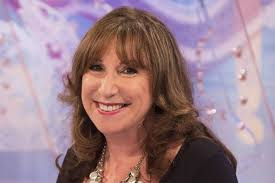 Kay Mellor was a Coronation Street scriptwriter in the 1980s. Speaking at a Masterclass session at the Haymarket Theatre in central London on Tuesday, she criticised current Corrie scriptwriting.

The MEN reports Kay said: “I just felt that the writing wasn’t as good as it used to be. I watched [the funeral scenes] and I have not watched Coronation Street for years. When I used to watch Coronation Street it was fantastic, they were just brilliant and I don’t think there is the craft there that there used to be. I did feel as if it was a missed opportunity.

“I did feel they were trying to crank up emotion and it was a false emotion. I should have been in a heap really, there should have been something more and I just felt as if it was engineered. It felt false somehow.”

Kay is mum to former Corrie star Gaynor Faye, who played Judy Mallett.  She slammed the show and described scenes filmed for Deirdre Barlow’s funeral this week as ‘engineered’ and ‘false’.

She added: “When I joined Coronation Street, I was the only female writer in the room, mainly it was men. I used to think I was the token woman.

“Those men were very powerful and knew their characters inside out and loved passionately writing for them and I used to read those scripts and believe you me those scripts used to be brilliant.”

While I think Kay brings up some interesting points in her argument, I do take issue with the bit where she says she hasn't watched Coronation Street for years. How then can she feel she can come in after years away from the show to criticise it?

For this Corrie fans, the Deirdre funeral scenes were done beautifully, just lovely.  But they should have been separate from the other nonsense on the Street - the Callum storyline especially. It was horrible having Deirdre's funeral interrupted by comedy Callum and his Power Rangers pyjamas.

Last night's episode, written by Chris Fewtrell, had the intensity, drama and passion of a classic Corrie episode. The long dark night of the soul at the Barlows is an episode that will live on and be remembered.