(This post was originally posted by Flaming Nora on the Coronation Street Blog 19 July 2015, reposted to this blog with permission.)

Twitter tells me that today is National Ice Cream Day. It may be an American thing, who knows? But what a great excuse to get these pictures of Coronation Street cast members eating ice-creams out and onto the blog. 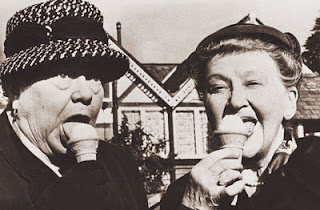 Ena and Minnie enjoying a cone, probably I'd guess, at Blackpool. 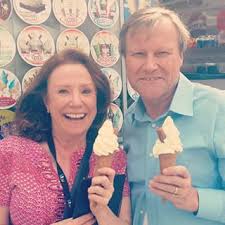 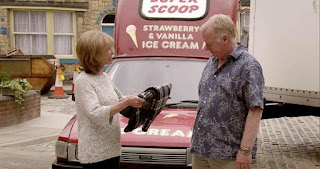 And of course, let's not forget Coronation Street's very own ice-cream man with an ice-cream van - Michael 'the ice-man cometh' Rodwell. Just make sure you don't get knocked over when you see him coming with his cone.