Corrie can still make me laugh 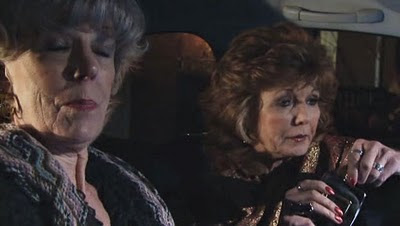 (This post was originally posted by me on the Coronation Street Blog in March 2011.)

In spite of the angst, the plot holes, the petty grievances, Coronation Street still has those little scenes that make me laugh out loud and this week, especially last night, was no exception.

Cagney and Lacy (aka Claudia and Audrey) staking out Marc's house was too funny! The scene where they're discussing what men want you to do and would you do it? Claudie did it just once but Audrey thinks you should just tell them there's loads of woman that would do it for them but not her. What was it? A comb-over! *wipes monitor* 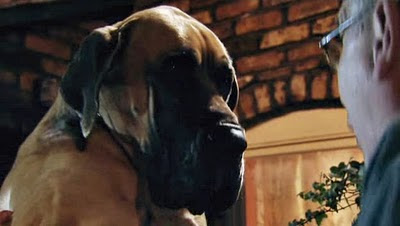 Then there was Norris hollering at the dog. What he thought that would accomplish, I don't know. But that's one huge dog! Norris was up on the step ladder looking over the wall and the dog, up on his back legs, looked him right in the face! Eek! (In case you think that dog isn't long enough, I've been on the outdoor set and seen the height of the wall, which is about 6 foot high. I'm pretty sure the dog  is quite long enough to do that and see eye to eye with someone on a step ladder.)
Posted by Tvor at 10:58