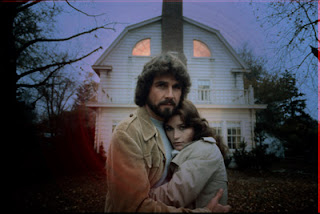 So Jim's bank robbery went well loveys! 'Put 120 grand and 45 pence intay the bag' he said quietly after queueing up politely in his lovely hat! He got the gun from his old prison pal and I have to confess loveys that it's the same bloke who gets me cheap ciggies, I used to get 'em off 'Nozzer' but 'Nozzer's dead' apparently. I would have gone to his funeral but me and Nozzer didn't exactly see eye to eye so we didn't. Liz shone as a hostage negotiator though... considering she's trained as a landlady.


Poor Jim was so beside himself that he forgot Liz had divorced him years ago and had since married Vernon and been biblical with at least two hundred others fellas including Steve's ex best mate and business partner (and me boss), Lloyd! 'I want tee see me wife!' he shouted at the camera. I suppose it wasn't the time to point out his mistake loveys, what with him hitting that fella and carrying a sawn off shotgun!

I knew Liz would leave loveys, she's not been well of late. She told me that when she stands in The Rovers on her own at night she's haunted by ghostly voices. She hears folk who aren't even dead yet, like Alec Gilroy and Bet! Spooky. Poor lass. She packed up her g-strings in her old kit bag and left in that black cab. That cab seems to show up whenever there's someone leaving in a hurry! He's what you'd call an opportunist is that driver! But how does he know? He must patrol the cobbles waiting to hear the sound of a distressed lass and just pull up outside, all hopeful!

Becky's destruction of Steve's life is going well though. He's now lost his daughter, his friends and both his parents! His businesses aren't far behind either. She's a right find isn't she loveys? 'A keeper' I think they call it nowadays. I like the way she doesn't trace any of these disasters back to herself, 'I want to buy Max, I've looted our friends, I think we should accept yer dad's offer to buy the pub, we should steal the kids and all run off together,' she's full of bright ideas that one! I wouldn't tell her that loveys cos to be honest I couldn't be doing with her walking around like a catatonic, whinging about how worthless she is while drinking a pint of Malibu so that Roy and Hayley can say, 'what's wrong? What's wrong? Tell us what's wrong.' I'll tell you what's flamin' wrong Croppers, she's a flamin' nightmare! THAT'S WHAT'S FLAMIN' WRONG!

Why did Graeme tell Xin that Norris and Roy were thick as thieves? I don't think I've ever seen 'em speak more than two words to each other. Maybe they're both Masons or summat and they meet in Roy's Rolls after dark and exchange strange handshakes and jam roly poly recipes!

What the flamin' hell does everyone see in Underworld? It's had more managers than Manchester City in the flamin' nineties! I wouldn't buy into it loveys and here's why:


Sorry about the last two loveys but to me the only fate worse than death is being Nick Tilsley or spending even a minute with Maria! You all get me point though and that's only a recent history of Underworld! If you go back further than that you'll see that you may as well die, go mad or watch yer son cop off with yer wife who's also yer son's step-mum like Danny Baldwin than invest yer capital in that place! Its the kiss of death - a knicker stitching Amityville!

In other news, Sally has sold her red car, Chesney is going to sell enough diamante dog collars to fund his child...and his baby (see what I did there loveys?) and Fay(e) has been doing her best to drive Eddie and Anna apart because I'm paying her £20 to split them up so I can finally make me move on Eddie! The idea I had about getting Fay(e) to say Eddie was violent worked a treat!

Oh and one more thing before I go, Cheryl has left the cab office and Steve is never here so who do you think has been doing all the hours? Me! I'm in Weatherfield so much that I've started squatting (not literally squatting loveys so you can get that image out of yer minds - perverts) in Ashley's old butchers shop, it smells a bit but at least it's local.

I'm going now. If there's owt you'd like me to keep my eye on then let me know by putting summat underneath on this into-net page or by tweetering me on this thing here.