Paula Lane's not a bad girl 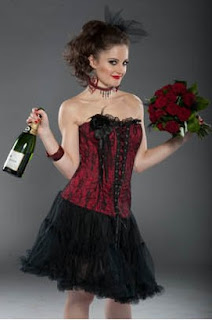 There's a lovely interview with Paula Lane in the Daily Star today. She talks about her character on Corrie, Kylie and says how much fun Kylie is to play. In reality, she declares she's much more emotional and sensitive than hard-as-rocks Kylie but reckons Kylie is like she is due to her rough upbringing. She's all about money-grubbing because she didn't have any growing up.

Paula tells us that Kylie and David are in lust rather than love and the idea of the salon is part of the attraction for Kylie. She talks about tonight's wedding, including the red basque she wears as something that was bought to wind up the mother of the groom. She doesn't say whether she thinks Kylie and David will go the distance but she herself has been happy with her long term boyfriend, someone she's been with since her teens (she's now 25).

I, for one, am happy to see Paula Lane stick around for awhile, and shall enjoy tonight's wedding and all future Kylie antics. I think Paula Lane is wonderful!
Posted by Tvor at 09:21