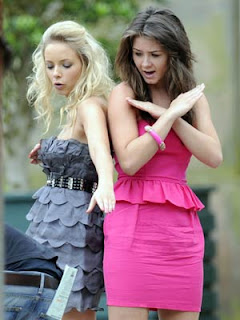 (This post was originally posted by Scott Wilson on the Coronation Street Blog in May 2011.)

It’s a road of less than twenty households, but, if rumours are true, Coronation Street’s about to get its third lesbian resident (let's call her Eva).  Is this an example of the “gay agenda”?  Is this political correctness gone mad?  Is it a desperate rush for ratings?

Or is it the problem with soap operas?

Here’s the thing: soap operas - or continuing dramas, to give them their Bafta-worthy title - are an art form based around relationships.  Specifically, love matches.  Oh yes, we love to see battles and conflicts, but it’s the love that we tune into.  It’s the couplings and the decouplings that make a soap worth watching.

All British soaps operate in a disturbingly hermetic environment.  They have one set, one load of characters, and one world to play with.  How else do you explain the fact that Deirdre Barlow is the only person in the Street who can’t walk to work?  Think about that for a second.  How realistic is it that every single resident of Coronation Street can leave for work at 8:58 and still arrive on time?  How preposterous is it that Gail Platt couldn’t find a job - in Manchester, the third largest city in the UK - until she started scrubbing Nick’s toilets?

>More to the point, think of the twisted relationships that exist in that street.  Let’s start at Number One.  Deirdre and Tracy both slept with Dev, who slept with Sunita.  Sunita was engaged to Ciaran, who is currently shacked up with Michelle, who used to be engaged to Steve.  Steve is currently married to Becky, who was engaged to Jason for a while, after he split up from Sarah-Louise.  Sarah-Louise is the sister of David, who’s currently married to Becky’s sister Kylie, but who used to go out with Tina, who also lived with Jason for a while, but is currently going out with Graham, even though he’s married to Xin.

There just aren’t enough of them.  In terms of drama, they’re a big no-no.  It’s easy to set up a love triangle with unlikely heterosexuals in one street - look at Kevin and Molly.  Even though it seemed strange, they did, at least, have all the right parts and desires to indicate that a relationship would be possible.  There was never any suggestion that Kevin would turn to Sean, or that Molly would suddenly become Sapphic.

In the world of intermingling relations that is the soap opera, gay characters have the disadvantage of being only compatible with a small percentage of other cast mates.  It’s why the bisexual character is far more common in soaps than in real life - Sean’s relationship with Sonny wasn’t about the two of them, it was about creating conflict with Michelle in a very traditional menage-a-trois format.  It’s notable that Sonny disappeared as soon as his storyline was done.

Going back to my original point: if Eva is indeed a lesbian, I suspect the true cause of discomfort isn’t her sexuality, but that we can see the strings.  Sian and Sophie are a happy gay partnership.  That’s pretty dull for dramatic purposes.  As Jane Rossington once said about her character in Crossroads, “there’s only one way for a soap opera marriage to end - divorce.”  Happy ever after just doesn’t work.  For there to be conflict between our lesbian heroines, we need a third party, and so another lesbian character needs to arrive into the Street.  Similarly, with Sean: it would be unlikely for Jason or Tyrone to suddenly turn gay, so a new character has to be introduced for him to have a love interest - hence the return of Marcus.  Eva’s homosexuality is already boring to us because we can see that she’s there purely to create conflict for Sophie and Sian.  If she were a young, attractive, heterosexual character, she’d have the pick of the men on the street: Tommy, Tyrone, Jason, Gary, and so on.  Making her gay means we can see a plotline from a mile off.

It’s a problem that all soap operas have to deal with at some point.  Emmerdale, for example, turned into a hotbed of lesbianism once Zoe Tate came out, something that seems to have disappeared entirely now she’s not in the show.  Similarly, poor Christian in EastEnders is forced to have a turgid affair with every slightly camp man who shows up in the Square, whether he likes them or not. 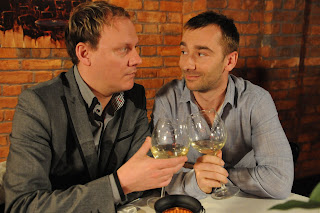 In the “real world” Sean would have met the man of his dreams via Gaydar, and Sophie and Sian would be on Canal Street.  That’s not only uninteresting to us as a viewer, it’s expensive to film.  Would you care if Sean suddenly announced he was going out with “Brian”, any more than you would care if Gary Windass suddenly started an affair with “Susan”, a woman he’d met on his latest job?  Wouldn’t it be far more interesting to you if Gary started an affair with, say, Julie?

There’s a choice: all or nothing.  Either you introduce gay characters, and deal with the dramatic complications that arise, or you don’t put them in the show in the first place.  I would argue that Corrie’s gay characters are neither tokenist or boring.  Sean has been a great foil to a number of characters, a classic comedian, and has a number of valuable relationships (Eileen and Julie would both be lesser characters without him).  Sophie has grown up on the Street, and so her lesbianism is an interesting twist that has thrown new angles on existing characters - I can’t be the only person who thinks Rosie Webster’s unequivocal support for her sister adorable.  They’re interesting characters who deserve their place in the fabric of our favourite drama (far more so than, say, Cheryl).

I guess I’m saying that the producers need a little bit of slack when it comes to gay and lesbian relationships in Coronation Street.  They need to work outside our dramatic comfort zone, and while that may seem unusual, it ultimately leads to a better, more interesting drama for all of us to enjoy.  It’s a contrivance we need to accept to make sure Corrie remains our number one soap.
Posted by Tvor at 14:00