Anna and Tim - do you think they'll get together? (Speculation) 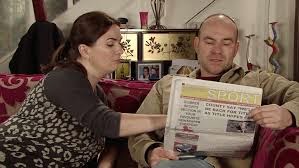 I'm going to miss Owen Armstrong a lot.  He was never a nice fella, there was always that undercurrent of violence about him, as if he was going to explode at any moment, and sometimes he did. Remember when he hit Faye? I'll miss him just the same. He was a complex character and in Ian Puleston-Davies, a great actor too.

When Owen's eyes filled with tears on  Corrie as Anna told him she didn't love him any more, my eyes swelled too.  I'm glad Corrie haven't killed him off which is always a good sign that a character and actor could return.  Ian Puleston-Davies is going on to star in new TV drama Beowulf and we wish him all the best, I know he'll do a great job. His gain is Corrie's loss. 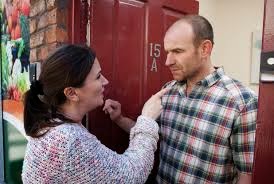 With Owen gone, and Anna all over the place, thoughts now turn to whether she might force her affections on Tim. I'm loving Faye's baby storyline and it does seem the obvious thing to happen that new grandparents Tim and Anna will bond over the baby.  Maybe it's too obvious and Coronation Street won't go down this route.  Part of my hopes not, and yet.. and yet, another part hopes they will.  Here's what I hope will happen - Anna comes onto Tim and while he's tempted, he knows which side his bread's buttered on with Sally and stops himself before he gets involved.

It's going to be very interesting to see what happens in Faye's baby storyline next. Maybe news reaches Pat Phelan that Anna's now free and single and he slimes his way back to the Street to be with her and this time, she gives in freely and willingly. 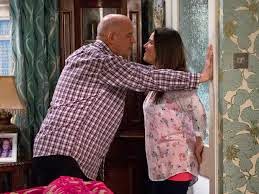 Maybe Eddie will return after he's had a wash and brush up and found himself a job? 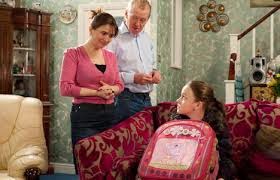 Who knows what will happen? Time will tell.  I'm looking forward to see how it all unfolds.  I do wish Corrie give more of a role to Gary and Izzy in helping Faye cope with the baby, whether she keeps it or not. For me, the actors who play Gary and Izzy are much under used assets on Corrie. Some actors light up the screen when they come on, let's have them back together, Corrie please. 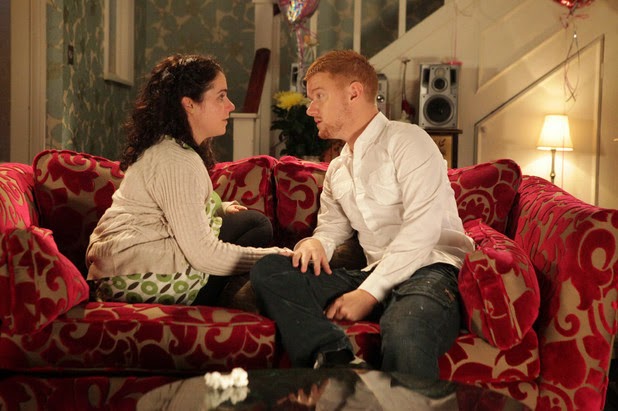