Carla Connor's flamin' fireplace - what does it mean? 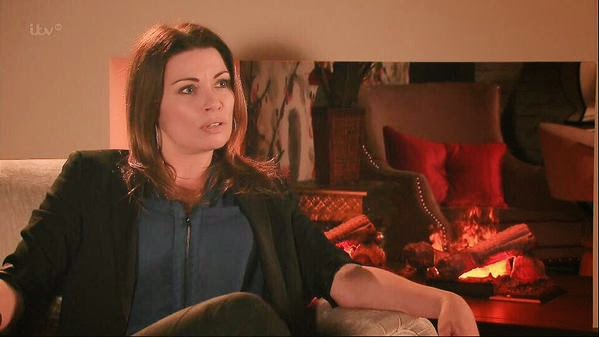 I'm intrigued by Carla Connor's fireplace - and no, that's not a euphemism. Or maybe it is?

Freud once said: "Sometimes a cigar is just a cigar." Try telling that to Mike Baldwin. 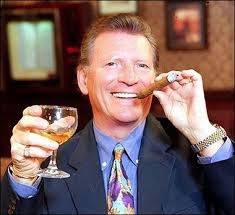 Are we to believe therefore that in the world of Coronation Street, where props are placed to tell us something about the person who lives on each set, that Carla's fireplace is just a fireplace?  I think not.  Let's analyse Carla Connor's fireplace.

Theory number 1.  The burning flames are a symbol of Carla's passion. She burns, she smoulders, she's hot. And she's getting ready to roast Nick's nuts.

Theory number 2. Fire is powerful and can be destructive, much like Carla and her life. It shows Carla's fired up, raring to go. What is it that powers that fire? Is it gas - silent, deadly? Is it electric - sparky, bright? Or does Carla just need to give it a death-glare to switch it on, using her mystical powers?

Theory number 3. It's a funeral pyre for two dead husbands and one dead lover.  The ashes of her dead husbands Paul Connor and Tony Gordon smoulder in the grate. They burn, so that she can keep warm on long, lonely nights.  Paul and Tony's ashes are mingled with the ashes from her lover Liam Connor, the real reason I believe she officially changed her surname back to Connor. Carla's tears extinguish the flames when she turns the fire off at night.

Theory number 4. It's a fashion statement. Carla works in fashion, therefore it fits that her interior decor suits her personality too. Along with the migraine-inducing red, white and black wallpaper, it's all a bit 90s. Much like the underwear that the factory churns out.

Theory number 5. It's her womb. One of my aunts died a few years ago and an abiding memory of her was when she came round to see my mam when I was just a child. I was sitting on the floor, listening in to my aunt and my mam talking and gossiping about people they knew.  They started talking about something I couldn't understand, something about a woman who'd been into hospital for an operation, which I realised much later was a hysterectomy. My aunt saw I was listening and decided the conversation was not for the likes of a child so she tempered her words to my mam with: "Yes, she had it all taken out, all of it... (clocks me watching her and says)... and a new fireplace put in." I think that line might have originally come from Les Dawson. This was the same aunt who trained her talking parrot to shout "Thatcher's a ba*tard, Thatcher's a ba*tard" every time Maggie Thatcher came on telly. That tells you a lot about my aunt and a great deal more about Thatcher.  Anyway, Freud says that hysteria is caused when the womb overheats. So you know, heat+fire=a rather ropey theory number 5.

Theory number 6. It's just a flamin' fireplace! Sometimes a fireplace is just a fireplace, as Freud says.  But, on the other hand, as Belgian artist René Magritte says about his painting of a pipe: "Ceci n'est pas une pipe" ("This is not a pipe").  He was right. It's not a pipe, it's a painting of one.

So there you have it, six half-baked theories on the symbolism of a Coronation Street prop.  If you have any more suggestions of what Carla Connor's fireplace could signify, do please leave a comment and let me know!