Is Callum the campest Corrie villain? 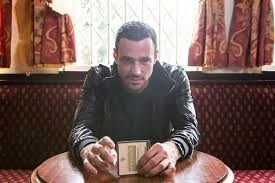 Dictionary definitions of the word camp include theatrical, exaggerated, affected; something that unknowingly provides sophisticated, knowing amusement, being artlessly mannered or stylized.

I think we can apply the definition to Corrie bad lad Callum Logan, don't you? He's the softest hard lad that Corrie's ever had (*). He's been stylized and affected as a nasty piece of work but there's much more going on with Callum than first meets the eye.

The first publicity picture we ever saw of Callum showed him in the Dog and Gun pub, twiddling with a beer mat. As @DubWeasel points out on twitter, it wasn't just any beer mat. It was a beer mat for Semillion Chardonnay, a white wine. A sweet white wine.

That Callum was fiddling with a beer mat suggests an awkwardness, a nervousness, some anxiety. That's my experience with beer mat fiddlers anyway. And who'd have had Callum down as a Chardonnay drinker? Surely a pint of snakebite with a chaser of uppers should be much more the style of someone who's a nasty piece of business. 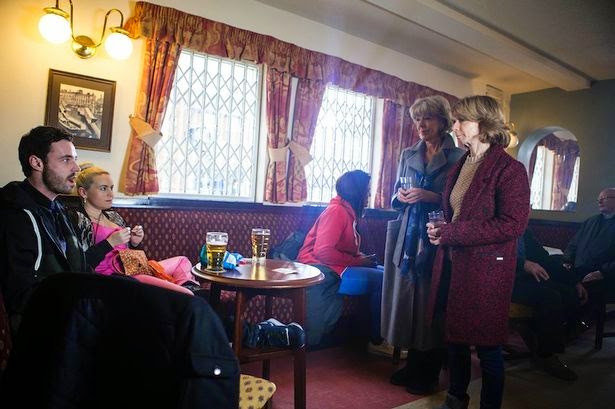 The clues were there from the start. Callum was never going to be a menace, he'd never hurt anyone, not really, although he might know people who would. This was proved when Audrey and Gail faced him down in the pub, on his own turf.  It's also why little Max wants to get to know his real dad. Even little Max doesn't sense any evil.  And it's why his mum has utter faith in her son, supporting him in his quest to get his son and her grandson into their lives.  How cuddly and warm was his mum? Dressed in non-threatening pink when we first met her, sharing sudoku and crosswords instead of sarcasm and cross words with Gail. 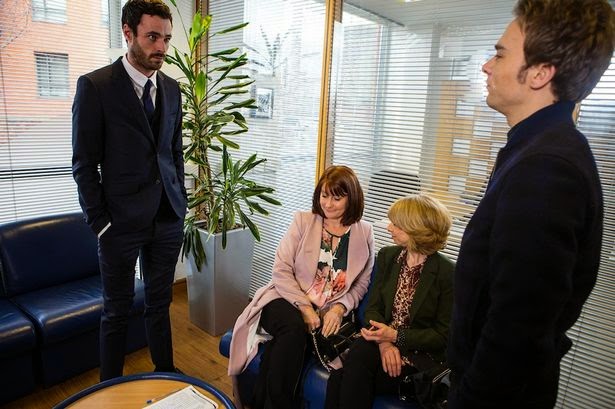 At the mediation sessions with both David and Callum supported by their mums, David chips in at one point to the mediator, about Callum, with:  “I’d really learn how to control that anger. You wouldn’t want her thinking you’re not a nice guy.”

He's not a nice guy. But I bet he's never pushed his mother down the stairs, or chucked peanuts at her.

I can't say I'm enjoying the Callum v David fighting for Max storyline. In my view, it's gone on too long already and it's clear we're nowhere near the end of it yet. But there's a certain complexity, and campness, to the character of Callum that makes the storyline watchable. When Kylie returns, she might just be the one to get Callum out of the Platts' lives. 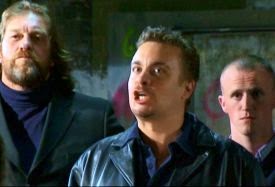 (*) Not to be confused with Jez Quigley who was the hardest hard lad that Corrie's ever had, while still managing to be very camp.