(This post was originally posted by Martin Leay on the Coronation Street Blog in March 2015.) 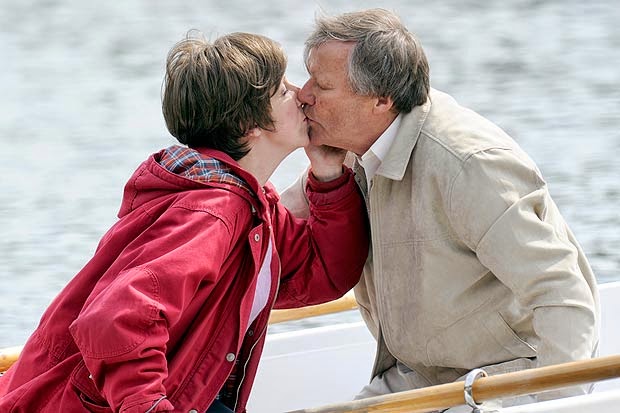 In the third and final part of our exclusive interview with David Neilson, David tells us about the relationship between Roy and Hayley in Coronation Street and what the future may hold for Roy Cropper. 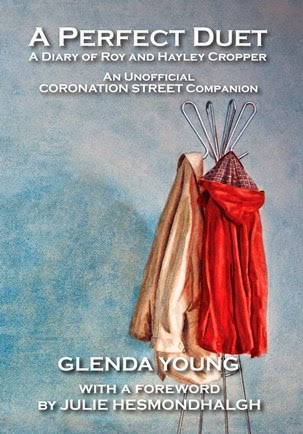 “A Perfect Duet - the Diary of Roy and Hayley Cropper” by Coronation Street Blog Editor, Glenda Young, is available to buy now. More information about how you can pick up a copy is available here.

Here is the final instalment of our exclusive David Neilson interview…

Martin Leay (ML): Did Hayley transform Roy as a character?

David Neilson (DN): When Hayley came in she was going to be the first in a long line of disastrous relationships but because she was so good and we worked well together they went ‘hang on, we’re going to have to bring her back’.

ML: Was it a surprise when you found out Hayley was transgender?

DN: The way we dealt with it, it was about any kind of prejudice. Roy is very straight – it wasn’t ideal for him. It was a big crisis but he was in love with this person, so therefore he had to deal with it. There was always a bit of grit – it wasn’t easy. It was outside of his realm. They were both up against society and I think the decency in people identifies with that. And also, we both had immense sympathy for the characters. We always went from the point of view of the integrity of the characters above anything. 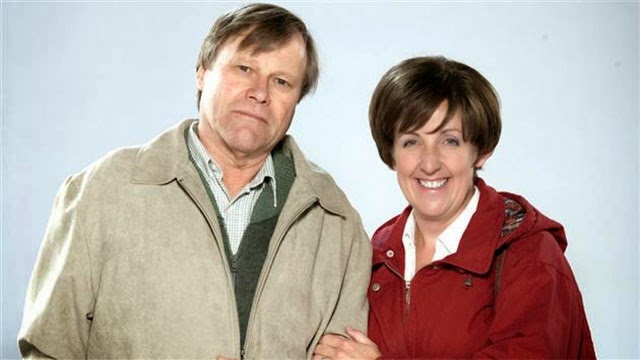 ML: Do you think Roy and Hayley helped to shift attitudes in society for the better?

DN: What people related to was their relationship. It was ‘we like them, we want them to be together’. That was Roy’s thing: ‘if I leave this person, I’m less of a person than when we are together’ and he discovered something that unfortunately for him wasn’t easy. But that’s part of development, it is part of growing… life is a struggle. I think people relate to that.

ML: How did you feel when you found out Hayley was going to die?

DN: The writing was fantastic. I got the scripts and it was like wow, this is quite difficult to read, so when we came to doing it – you know it was huge – you get the pay off from a 15 year relationship in real time and you realise you’ve been in their life. It has a feeling of reality about it, which you can’t get in any other kind of show. People have gone through all these experiences with them.

ML: It must have been very difficult to film?

DN: Yes, because you go through it on a daily basis scene after scene and then you get a pile of scripts and go home with it. There is a huge responsibility involved because of what the subject matter is. I had two friends die of cancer during that year and it was quite surreal. The great thing about a human story is that it affects everyone. You can have car crashes, fires and tram crashes but for most people, these things don’t happen. This happens and affects people and so it’s an everyday human story but immense – devastating. It does feel like a responsibility to the story, to the character and to people watching. It was very difficult to watch. I know a lot of people who couldn’t – and that’s quite understandable. 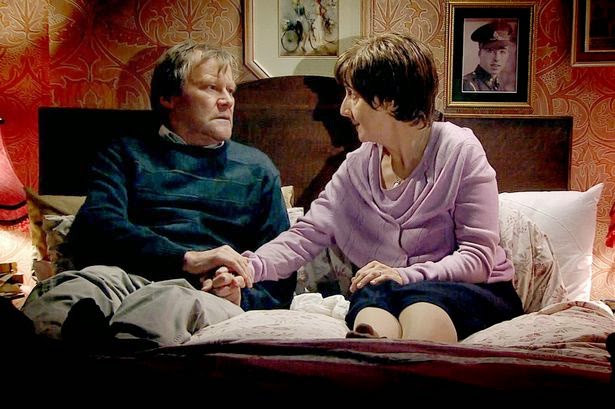 ML: Julie Hesmondhalgh says she cried after filming her last scenes. Did you get emotional?

DN: The character cried. It was very upsetting. I just remember feeling completely exhausted by it. I remember the scene we filmed, the actual death; that was quite something. And it had never happened to me before – Kay Patrick, who directed it, didn’t have any interruptions. Normally you get retakes but she said ‘let them rehearse on their own as much as they want’ and then we just did it once. It was a great sense of concentration and everybody, the whole crew and team, was right at the top of their game.

ML: You and Julie are very good friends. It must have been great working with her?

DN: It was such a pleasure to go to work. You might do several episodes one after the other so we’d be on all day and sometimes we’d have such fun and the crew would be laughing and at the end of the day you’re knackered but it’s such a nice job. It’s just messing about for a living. It’s great. I actually do for a living what I got told off for at school.

ML: But you’re very good at it!

DN: Well, getting away with it. It’s finding that little bit of something. That’s the skill – and making a living out of it. 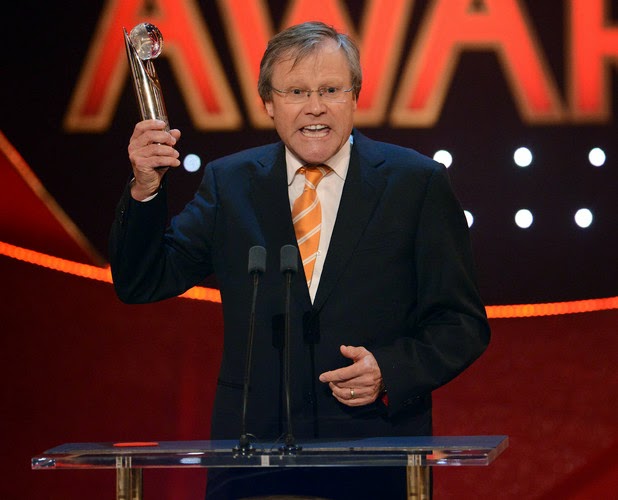 ML: You picked up Best Dramatic Performance at last year’s British Soap Awards. How does it feel to have your work recognised in this way?

DN: What I have found is that it makes a big impression on other people and that’s nice. It does change other people’s perception of you. So I realise it’s better to win than not to but as far as all the other stuff is concerned… I have been up for Best Actor several times and I’ve not won it but I’ve never come away thinking I’m any better or worse than I’ve ever felt about myself. ‘Best Dramatic Performance’ – it’s who cried the most. And also, it depends on who has had the most lines and who has had the storylines.

ML: Hayley’s exit storyline was beautifully written but surely it would have been much less powerful without the wonderful performances from you and Julie? 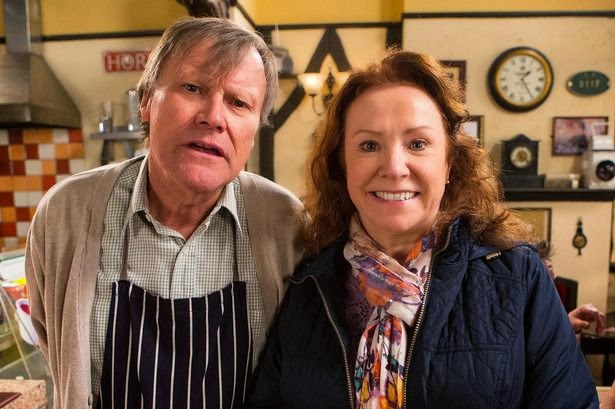 ML: Can you tell us what’s coming up for Roy?

DN: I actually don’t know. It’s a choice I make, really. It’s like life, it just happens. I’m working with Melanie (Hill). I’ve done a couple of days with her. She’s great – a really good actor and a nice woman. That’s the most important thing – that we get on. And we do, so that’s fab. It’s interesting – it’s all wide open, really.

ML: I’ve read it is not going to be a romantic relationship between Roy and Cathy. Do you think viewers are ready to accept Roy with another woman at some point?

DN: It’s a completely new area for him. It depends how it’s handled – it’s all going to be in the writing. Anything is possible. I think it’s the appetite of the writers… and then I deal with it. When it comes through that process, it lands in my pigeonhole and I’ve got a pile of scripts and I go ‘oh, right, OK - what’s happening here?’ Again, it’s like life. I don’t know what’s going to happen this afternoon.

Whatever did happen that afternoon, I hope David had a very Happy Birthday. It was an honour to meet him and learn about his career and I am very grateful to him for giving so much of his time to speak to the Coronation Street Blog. David is a great actor and, I am pleased to say, a really nice guy - modest, friendly, funny and down-to-earth.

I hope that readers enjoyed these interviews. If you missed Parts One or Two, they are available here and here.

I would like to thank ITV, David Neilson and also Glenda Young for her expert editorial guidance.

Roy Cropper is a character that I have enjoyed watching over the past 20 years – he has made me laugh and he has made me cry. David Neilson has been involved in some of the most interesting and moving Corrie storylines I can remember and never fails to turn in a first class performance. 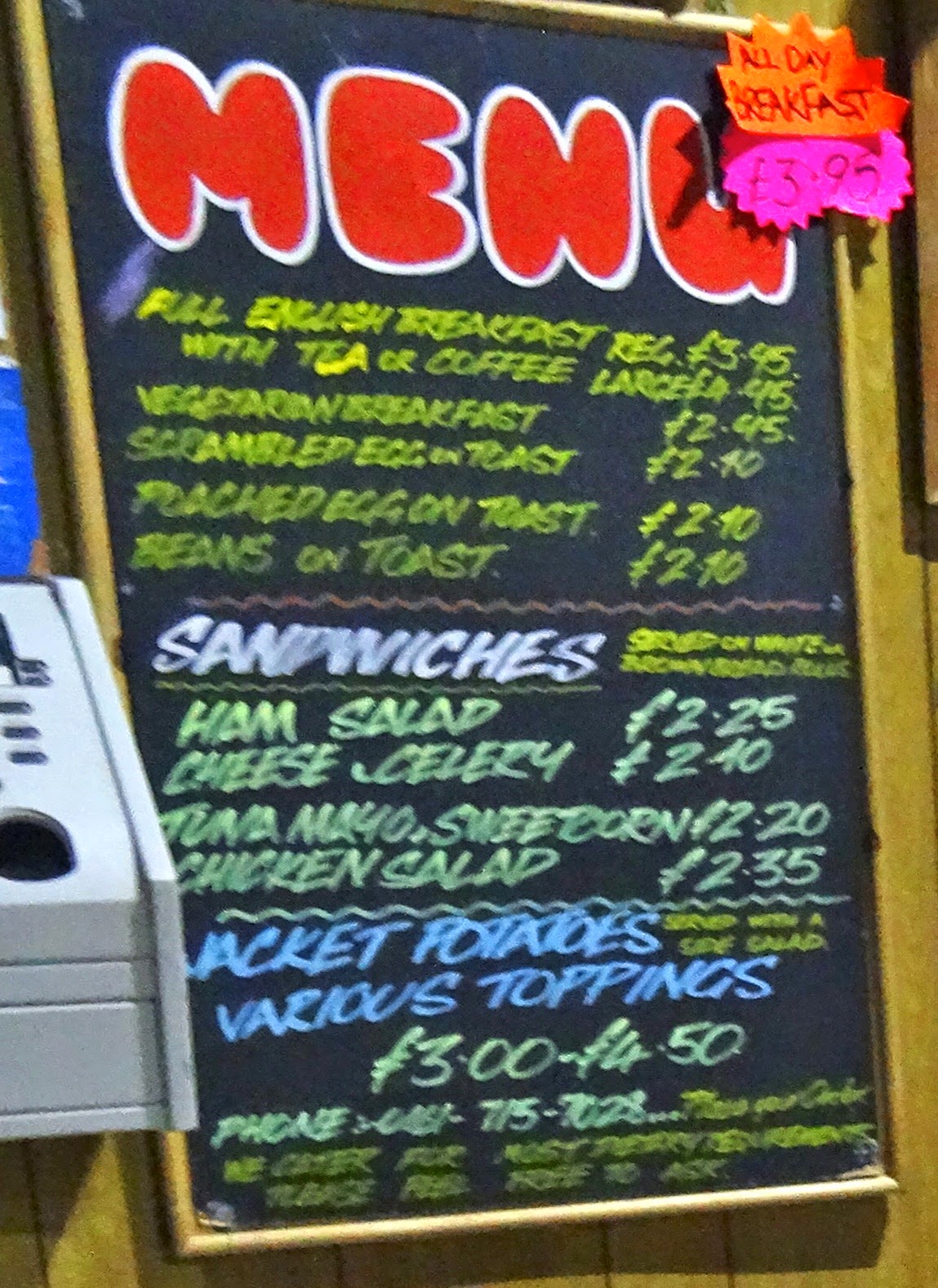 Long may Roy continue to serve the most competitively priced organic breakfast in Weatherfield (with allotment-grown tomatoes and mushrooms)!