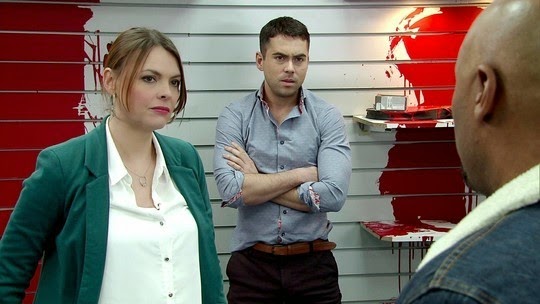 (This post was originally posted by Emma Hynes on the Coronation Street Blog in March 2015.)


The return of Jenny Bradley and my recent blog on Todd Grimshaw have me thinking about the theme of redemption on . While Jenny appears to have returned a remorseful individual wishing to prove she’s changed, it remains to be seen how it will all play out. Todd, however, showed true remorse last year after being rejected by his family on foot of his deplorable actions and achieved forgiveness, yet despite this redemption, he has regressed to villainy. This is for seemingly tenuous reasons which are unlikely to make him feel stronger than he did on regaining the affection of his family, and nevertheless he persists.

Another character who, like Todd, went through what should have been a life altering experience last year and yet remains unchanged is Tracy Barlow. After Rob was arrested on foot of a rare moment of honesty from his fiancée, I expressed my frustration at her reversion to type following a seeming metamorphosis in which she showed welcome glimpses of character that we had never before witnessed. In December 2014 I wrote “I had high hopes for a change in which would have been natural and well founded considering recent events and her reaction to them, so I’m disappointed to see her revert to the woman scorned with a questionable agenda.”

It would have been interesting and true to life to find both Todd and Tracy changed for the better after their experiences. I don’t subscribe to the logic that there would be nothing there for them (or us) if they were to turn ‘good’, after all, this is a programme which portrays ordinary life, often in extraordinary circumstances, so why not let a character go through a life altering encounter and come out the other side wiser and better for the experience?

In any event, they have both left these significant experiences behind and returned to fulfilling the roles of Street ‘baddies’. The fact that they are well matched is, at times, a source of pleasure, but their redemption has proven rather pointless, and as this is the theme of the blog, let’s look at some other examples from the Street. 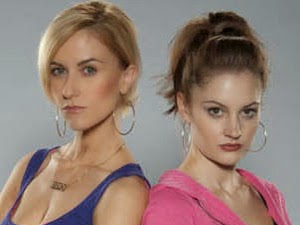 In order to be redeemed, you have to be a ne’er do well in the first place. Becky, Kylie and Maddie were all tearaways who managed to turn their lives around and become accepted by the community. While it was by no means plain sailing with regard to either sister, and Kylie's behaviour remains questionable, Maddie has been progressing on an upward trajectory, with the exception of her recent ill devised treatment of Norris. What is important though is that her confession and guilt were the markers of true change. While it was similarly frustrating to find Gary Windass acting out of character and breaking into Roy's, his reaction assured me that there won't be a repeat performance. Both have proven that there is no need for a character to revert to type following a life changing experience and I wonder why this must be the case for Todd and Tracy.

There are plenty of characters who manage to get over their crimes, mistakes and indiscretions, and be forgiven by enough members of the community as to remain among them, but if a character is not permitted to achieve this, the only natural conclusion can be their departure, otherwise, the drama becomes implausible. History shows that the male Corrie villain doesn’t last very long, and will generally either be jailed long term or killed, Rob Donovan, Karl Munro, Tony Gordon, Richard Hillman, Jim McDonald, John Stape, Charlie Stubbs, and Frank Foster are just a few examples. Todd aside, Callum, Tony and Andy are the only other male characters on the Street who could be considered dubious at present. How the drama plays out should dictate whether or not there is a future for each of them. 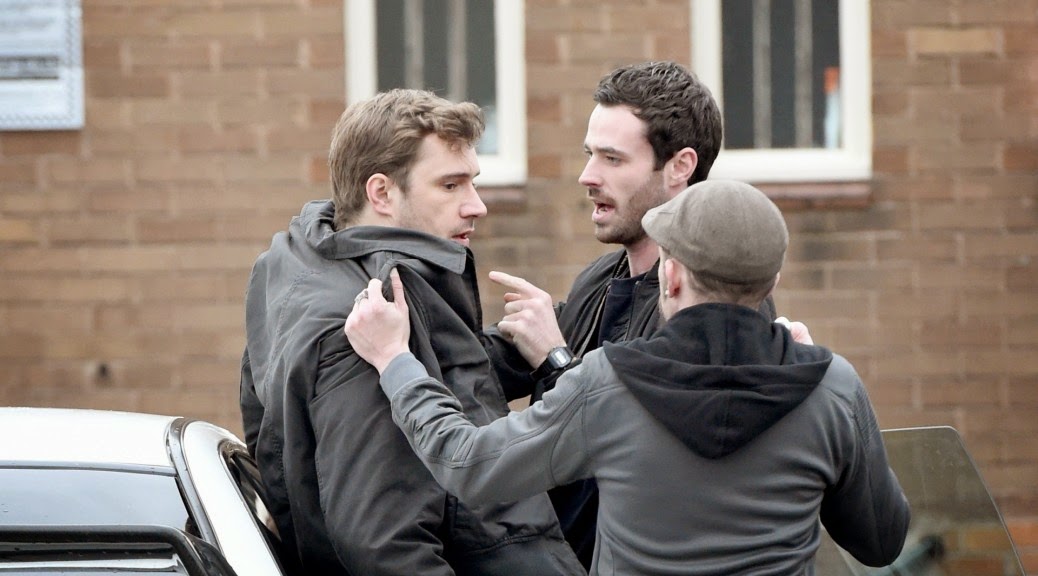 Callum setting up in the community long term seems unfeasible to me, and considering what Andy is guilty of, it seems implausible for him to continue pretending to be Gavin, or remaining in the aftermath of his deception becoming known to everyone, even if he is coming across well. His portrayal as a better son to Michael than Gavin ever would have been doesn’t wholly ring true for me, because at the heart of it all is a lie which throws his whole character into question, regardless of the extent to which he comes across as a tortured soul.

Where Tony is concerned, despite his shady nature, I find him likeable, and I think he has a better chance of remaining in Weatherfield in the event that his affair with Tracy is exposed. His dodgy dealings, however, are another matter, and he is as likely to end up behind bars as Callum and Andy for his misdemeanours. Considering Todd alongside each of these characters really proves that he was the strongest candidate for redemption, and I wonder why he didn't take it with both hands instead of regressing.

As far as women are concerned, Tracy Barlow is the only terminally villainous character on the Street, and I can’t see her going anywhere. Aside from Tracy, Steph is the only female embroiled in a deception at present. Like Andy, in the event that all is revealed, it would be unfeasible for her to emerge unscathed considering she is fully implicated at this point.  I must confess to being disappointed at her association with his scam, and concerned at what it will mean for her character. Whether or not there is the capacity for redemption in her case remains to be seen, but I do hope there is, as I have loved her addition to the Street.

Where Tracy is concerned, while her long term villainy somehow ensures that we accept her lack of progression, her connection with Rob was such that I felt we were witnessing a true metamorphosis. I find her regression frustrating, especially when, like Todd, what should have been a life altering experience was so well portrayed. However, I have been enjoying of late, and I wonder if viewers would want her to be any different than she is. Is this the reason why she will ultimately never change?

Corrie does have a history of successfully redeemed characters who have been forgiven and change for the better, and when this can't be achieved, for the most part, the character leaves. Why in certain cases however, is neither course of action taken? My feeling is that it suits the plot to keep someone behaving a particular way regardless of what they've been through when really, who the character is and their personal history should inform their actions.

Email ThisBlogThis!Share to TwitterShare to FacebookShare to Pinterest
Labels: heros and villains