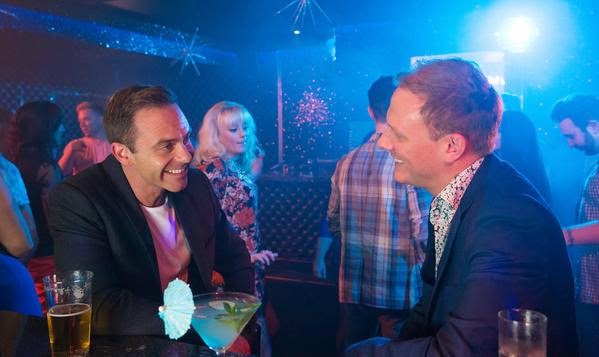 Daniel Brocklebank, who plays the wonderful Billy the vicar on Coronation Street, has told The Mirror that he's been getting some abuse from 'fans' of the show about playing a gay vicar.

Attitude magazine reprint Daniel's quotes to the Mirror - you can read the article here.

Daniel says of the role: “We’re here to cause some sort of stir and you’re never going to please everyone. Some of the religious viewers so far have not been too happy.

“A woman came up to me in a supermarket three days ago telling me I was going to go to hell playing a gay vicar. The show itself has had a backlash.”

However, Brocklebank remains positive that Billy can be a force for good in the long run.

After Daniel tweeted the link to the article in Attitude magazine, two gay vicars tweeted back to show their support to the actor and the role.

See also: The return of the handsome man to Coronation Street