Charlene's visit to Corrie on Tour 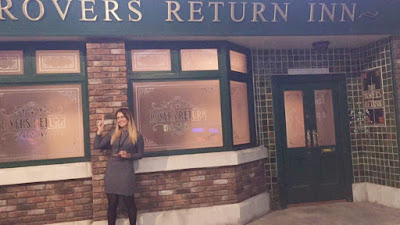 Coronation Street fan Charlene McElhinney visited the Corrie on Tour event at the Glasgow SECC this week.  She's given us permission to post her blog here on the Coronation Street Blog to share with fans.

You can also read our own review of the event here.

And for now, it's over to Charlene...

"For those of you who know me: You will know how much of a Coronation Street fan I am. I've loved Corrie ever since I can remember. So I was absolutely thrilled when I received a present for my birthday from my lovely friend, Megan, telling me that we were going to be attending the Coronation Street Set Tour in the SECC in Glasgow. 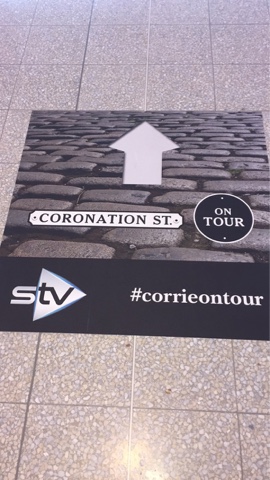 We made our way to the SECC (following a 'few' cocktails that we had beforehand) and we were both extremely excited. There were arrows pointing us in the right direction to #corrieontour - which was propitiously ideal for me as I would have gotten lost otherwise. The SECC is huuuuuuuge.

We were introduced to our Tour Guide and to another bunch of people who would be doing the tour with us; they were so lovely. The majority of them were elderly (crazily enough, I was answering questions and getting more answers right than these elderly ladies that had been around since the beginning of Corrie). We were given a lanyard to wear around our necks and I wore mine with pure pride! (Sad, I know...) 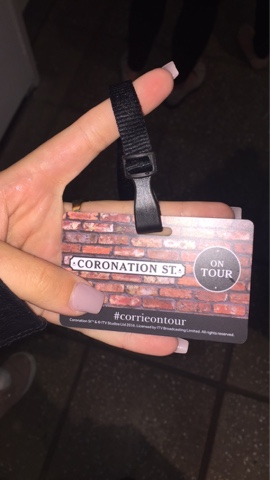 I was like a child in a sweetie shop: I was eagerly making my way around all of the different sets from Coronation Street, making little excited noises (as you do), whilst taking an abundance of pictures to parade when I got home. We started off at Jack and Vera's home (now known as Tyrone and Fiz's); we moved swiftly along to the Platt's - passing street cars on our way; next stopping off at the notorious Roy's Rolls (which was an incredible experience - one of the 'breakfasts' cost a total of £40 to make! And it looks so legitimate - you would swear it was real); then we stopped by the Kabin (I was hoping the wonderful Norris Cole would make an appearance but to no avail); next up was the moment that we were all waiting for: THE ROVERS RETURN.

The Rovers Return was the absolute pinnacle of everyone's tour - the zenith of all zeniths - it is the absolute climax of a Coronation Street experience. I can now boastfully say that I have been inside the Rovers, sat on the seats, been behind the bar AND rang the well-known bell. Time to tick that off the bucket list.

There was so much to see: memorabilia, costumes, props, clips from Coronation Street from all different eras, images of how the make up is done, a 'hall of fame' type thing with photographs hanging in golden frames of all our beloved Coronation Street characters - some of which who are no longer with us.


It was such a memorable and fantastic experience. I am so grateful that I was able to walk down the cobbles and create these memories that I will treasure for a life time. Thank you so much Megan for such an incredible present (I don't know how I am going to top this when it comes to your birthday)!