The Life of Peter Barlow on Coronation Street 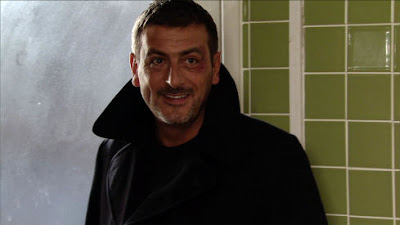 Peter Barlow has always been at the heart of affairs; womanising, alcoholism and a custody battle involving his son Simon. The Street’s notorious smooth talker - who counts current street residents Leanne, Michelle and Maria amongst his conquests -  found himself embroiled in a bigamy case when he married Rovers barmaid Shelley Unwin after already being wed to florist Lucy Richards. When the truth came to light, Shelley threw Peter out and he left Weatherfield alone after Lucy announced that she and Simon were to emigrate to Australia. Having resigned himself to never knowing his son, Peter wasn’t seen again until 2007 when he briefly appeared as half sister Tracy was sent to life imprisonment for the murder of Charlie Stubbs.

In 2008, Peter arrived back on the cobbles with his son after Lucy died from ovarian cancer. Peter used the estate that Lucy had left to him buy a local bookmakers, renaming it "Barlow's Bookies". It was at this point that Peter and Leanne Battersby began their turbulent on off relationship and decided to open a bar. Despite Ken’s concerns over his son’s new venture due to his alcoholism, the bar idea went ahead but on the opening night, Peter fell off the wagon, got drunk and was forced to go to rehab.

With his demons behind him for a while, Peter then met Carla Connor who began to lean on him when he helped her with her drink problem. But attempting to seduce Peter went horribly wrong for Carla; he resisted temptation due to his engagement with Leanne. On the night of Peter’s stag party hosted in his and Leanne's former bar, The Joinery, disaster struck when the premises were destroyed by an explosion. Following the explosion, a tram derailed and crashed into the street, trapping Peter inside the bar. Peter was rushed to hospital and, aware that he was unlikely to survive, he married Leanne in his ward bed during Coronation Street’s 50th anniversary live episode. On the brink of death, Peter went into cardiac arrest moments after the ceremony concluded. But the Barlow boy fought for his life, survived and finally left hospital in a wheelchair.

Despite their hopeful beginning to married life, Peter and Leanne’s wedding bliss was short lived as the local lothario finally embarked on an illicit affair with Carla. Leanne was heartbroken after their secret was discovered but Carla and Peter went on to get engaged.  However it wasn’t long before Weatherfield’s Wandering Eye reverted back to type and enjoyed a forbidden tryst with Tina McIntyre. Carla's brother Rob Donovan attempted to frame Peter after he murdered Tina. Peter was cleared but following the breakdown of his marriage to Carla, he left the street once more in November 2014. Peter returned briefly to attend his step mother Deirdre Barlow’s funeral in July 2015 but has not been since since...until now.