Liz McDonald needs a man like the Street needs its cobbles 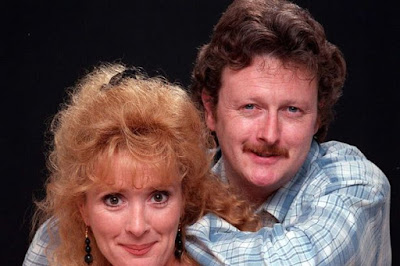 Liz McDonald is not a woman who likes to be alone. She needs a fella, she wants a fella, even when they're no good for her.

She's currently spending far too much time obsessing over Leanne's baby in the back room of the Rovers. She's got too much time on her hands. She's thinking too much instead of snogging some bloke. Heavens, she's even taken to drinking in the afternoon while watching Loose Women on telly.

Liz needs something to do and someone to love. Come on Corrie, give Liz a fella. Put a smile on her face.  In fact, why not bring back one of her many lovers... Vernon? Lloyd?

Rumour time...
Charles Lawson, who plays Jim McDonald, has teased a possible return to the show! Read it here.