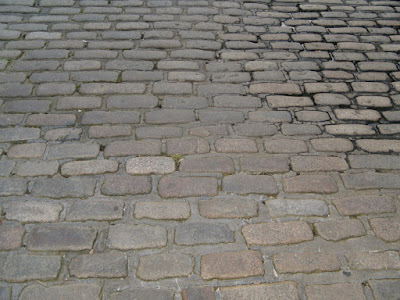 Here's another exclusive, you read it here first! When the journos and the telly mags nick it, copy and paste it (as they've been doing with our stuff since we started in 2007) you know where you saw it first, as always.

Yesterday, Sunny Jim and I visited the Corrie on Tour visit to Glasgow - you can read all about here and see some great pics. 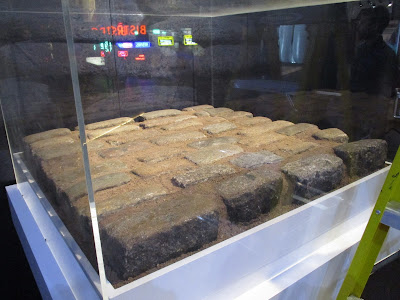 There's a section of the original Quay Street cobbles as part of the exhibition, shown in the picture above.  Speaking to Juliana Delaney, CEO of Continuum Attractions, she told us exclusively that all of the cobbles at the old Manchester set on Quay Street had now been dug up.

And where have they gone?

ITV have taken them all, ready to build and extend the Coronation Street set at Trafford.  The set extension is planned for when Corrie goes to six episodes a week next year.  Producer Kate Oates told us earlier this month that the set was being extended and it's great to know that the cobbles from Quay Street will be put to good use.