Connor McIntyre: "My future on the show is in doubt" 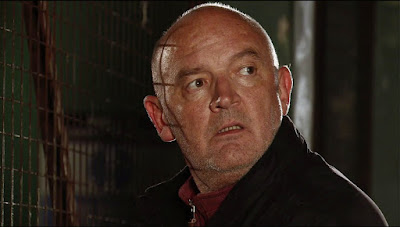 
In the fantastic Inside Soap Yearbook 2018 there's an interview with Connor McIntyre, who plays Corrie baddie Pat Phelan.

Connor talks about the last year as Phelan in Coronation Street. It's been a year in which he married Eileen Grimshaw, his daughter Nicola turned up and he was revealed to be keeping Andy locked in the cellar. He's also killed two men! Quite a year, and Connor says "it's been a stellar year for me and a fantastic year for Phelan too."

However, now that Phelan has crossed the line surely it will be only a matter of time before his evil deeds catch up with him?

Connor says: "I find myself asking what happens to a person once they realise a problem can be solved his way - does that then become a default position? I haven't seen much further up the road for Phelan but I imagine it will get darker. Let's put it this way - I think my long-term future on the show is in serious doubt!" 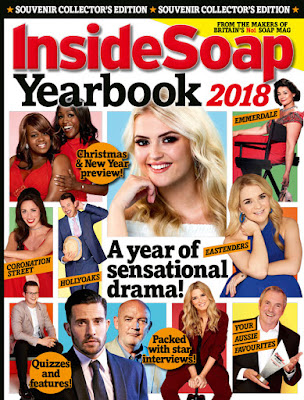 The Inside Soap Yearbook 2018 takes a look back at the world in soap over the last 12 months and teases ahead to the next few months too. It's in the shops now and it's well worth a read. (This magazine does sell in Canada so keep an eye out for it in coming weeks on retail shelves locally)