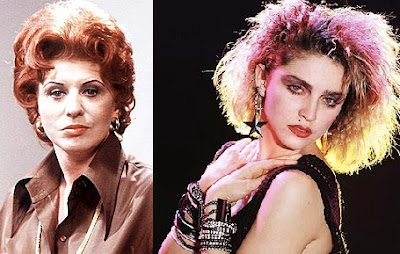 (This post was originally posted by Martin Leay on the Coronation Street Blog in November 2017, reposted to this blog with permission.)

I made a fascinating discovery while watching an old ‘Top of the Pops’ recently.

It was a collection of the biggest pop hits from 1984 and featured the TOTP debut of Madonna with a brilliant performance of ‘Holiday’. Broadcast on 26 January 1984, it was Madonna’s first appearance on British TV. 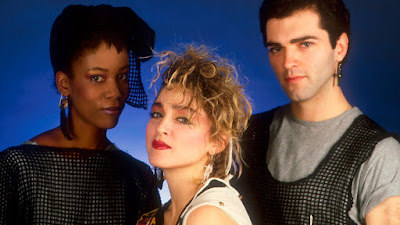 The next evening, Madonna performed at the legendary Haçienda nightclub in Manchester. I knew that bit. In fact, I’ve mentioned it before in a blog about the ’açienda (still available here). 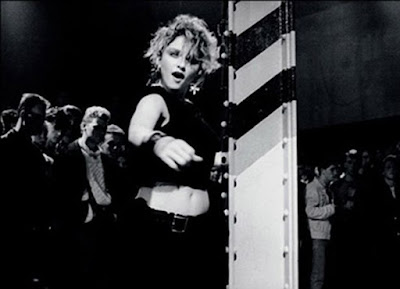 What I did not know is that Pat Phoenix was at the Haç that night and that she shared a dressing room with Madge!

Pat Phoenix and Tony Booth were interviewed during the programme. 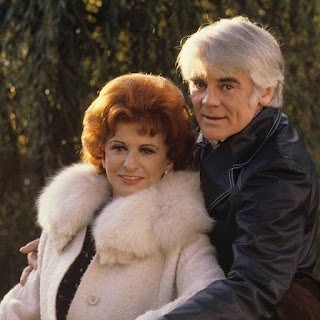 In his autobiography, Jools Holland recalls that Tony was “drinking at the time so he was a bit wild, a full-on sort of character, but Pat was charming, a very beautiful and elegant woman.” He goes on to describe how “on the way in, she took time to sign lots of autographs.” A class act!

I can’t believe that Elsie Tanner and Tony Blair’s future father-in-law partied the night away with Madonna. Imagine being a fly on the wall in that dressing room as two worlds collided - Elsie Tanner, the undisputed Queen of Soap; and Madonna Ciccone, the aspiring Queen of Pop.

I wonder if Corrie’s tart with a heart shared some words of wisdom with the future icon of sexual freedom and expression? Ah, now there’s a question. And here’s another - was anyone at the Haçienda that night? I’d love to know in the comments below.