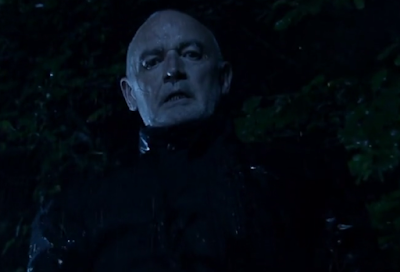 I’ve always thought Coronation Street is prone to the odd cycle. We’re in one at the minute with a lot of characters going through one of Weatherfield’s annual credit crunches, where everyone is suddenly skint, save for the Roy’s Rolls savings that every character seems to have in situations like this. And then, now and again, Corrie will go dark. And viewers will suddenly decide that Corrie has lost its way, its warmth, its identity. “The humour is gone!” they will lament. The events of the dark Phelan story on Friday was responded to with cries of “I am never watching again! Tony Warren would be spinning in his grave!” Actually, I’d argue that Tony will still be sleeping soundly.

Coronation Street has had some incredibly bleak and dark stories over the years, and each time, viewers are outraged that the show that they claim should be filled with hotpots and hairnets has suddenly become besieged with such depravity. There is no denying that the image of Andy, terrified and desperate to escape Phelan’s clutches, forced to commit murder then being brutally killed was horrific. It was supposed to be. How else are we supposed to realise exactly what Phelan is capable of, and how, more importantly, are the writers supposed to surprise us with a story that is technically one they’ve told a few times now but with a new and Liverpudlian coat of paint?

Darkness is nothing new to Corrie.

The Richard Hillman story, one of the most memorable and best loved plots that the show has ever done, featured a young mother being beaten to death with a crowbar while her newborn son was asleep upstairs. Incidentally, the scene then cut to a slab of bloody meat being slammed onto a plate, and for one brief, awful second we think the director has gone insane and strayed into Texas Chainsaw Massacre territory and we think it’s Maxine’s head.

Remember the Harrises? When Rosie was going through her goth phase, she dated Craig, surely one of the show’s most tragic characters? In just a few short weeks, his father was murdered by his sister, his mother was sent to prison for his death, and then his sister committed suicide by overdosing on sugar, leaving him all alone. THAT’S dark. That’s horrific. I could go on; Toyah’s rape, the shooting of Ernest Bishop, any day in the life of Carla Connor, some of Liz’s outfits. The point is that Coronation Street is no stranger to throwing horrible visual imagery at us. How was last Friday’s offering any different?

I’ve seen complaints that Corrie has lost its humour. This is, of course, entirely subjective, but am I the only one who found themselves chuckling at Beth fluttering around in her flower costume? I am surely not alone in being utterly in love with Moira and excited for the potential for comedy she will bring, especially as she is being allowed to slowly develop so the viewers get to know her, rather than just trying to make her a walking gag reel with no substance.

I would argue that Weatherfield is in rude health. I’m finding myself excited to be tuning in for the first time in a while, without it feeling like a habit. Kate Oates is a high octane producer. The stories she crafts into her soaps are dramatic and make a statement. Admittedly, this is not for everyone, and in truth it is impossible for this onslaught of high drama to sustain itself forever, but we now have six episodes to play with.

In quieter times, the street can focus on character, on relationships. There’s room for the odd two or three hander, and the comedy can build itself as it has always done. The sky is the limit, and with a new set on the horizon and a group of characters that are growing in strength and potential. Oh, and incidentally; the ratings have gone up since Friday. So much for never watching again. I would argue that Coronation Street is far from losing its identity. It may well be that the journey is only just beginning.