Connor McIntyre on how a massive heart attack changed his life 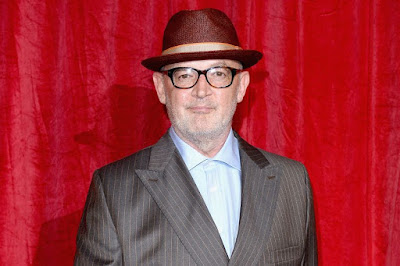 Connor talks about how he got into acting, about his life as an artist and how amazed he is by the reaction from the public to Phelan.  He also talks about surviving a massive heart attack a few years ago too.

“I try not to sweat the small stuff and have less self-induced stress – to have a sense of gratitude about the day” he says. "Life really is relatively short.”

He reveals that he was originally only supposed to appear in three episodes of Corrie, but that stretched to six months, before Phelan headed off to Dubai.

Connor, says: “I didn’t know when I left the first time that they were going to bring him back. I don’t take any of those things for granted. I thought it was finished. So I was delighted when I got the call to come back.”

It really is worth reading the whole interview, he comes across as such a lovely man. It's here.