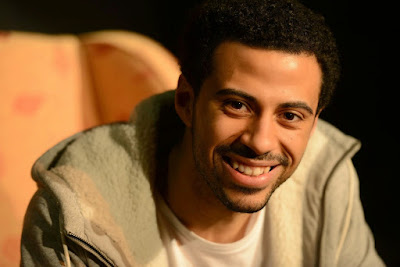 
Tell us about what happens when Luke finds some post for Andy.

Luke presumes Andy is staying with a friend in Bristol so he doesn't suspect anything at first but he notices more and more that Andy’s post starts to pile up. Luke just wants to see him to give him his post.

What is Luke’s first thoughts when he discovers that Andy never moved to Bristol?

“How odd?” But again he doesn't deliberate too much. Andy hasn't always been the most truthful or trusting person and he left without saying a word after dumping Steph so Luke thinks that Andy has told a lie about moving to Bristol to keep himself hidden and out of the way.

Why does Luke turn to Phelan?

Luke knows that Phelan was one of the last people to see him before he ‘left’. He also says he's still in touch with Andy. Phelan tells Luke to let it go, not to bother or think too much about Andy because of the way he dumped Steph. He confirms what Luke is thinking, that Andy wants to keep in hiding. Luke has no reason not to trust Pat at this point… he’s just the landlord.

What happens when Phelan sends Luke to an address in Birmingham?

Andy wasn’t there at the address that Phelan suggested so Luke returns very annoyed that he was sent on a wild goose chase.

What’s Luke’s reaction when he is told that Andy is travelling?

Dumbfounded! But he believes that Matt is telling him the truth.

Do you think Luke should be scared about what he is getting himself into with Phelan?

He has no idea what he's in for! He’s gets very curious, sensing something is a little off and pulling the string to unravel the sweater.

Did you always know that Luke was going to be hot on Phelan’s trail?

I knew they would cross paths eventually especially as all the drama with Andy and the laptop happened in the builders yard where Luke lives. That gives off a massive whiff and Phelan is the landlord! Questions were bound to be asked and the answers don’t add up so he inevitably becomes a strong lead.

What were your first thoughts when you found out about this storyline?

I was thrilled, I love the idea and was ready to get my teeth stuck in. Everything always gets turned up a notch when you’re involved with Pat Phelan!

What’s the best thing about working with Connor McIntyre?

Connor is a fantastic actor and a top bloke. We can have a laugh but he’s also true professional who wants the best and doesn’t stop until he gets it. I’ve learnt a lot from his work ethic.

What advice would you give Luke if he was your friend?