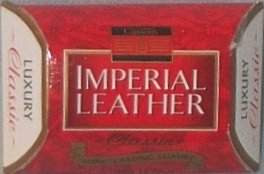 Oh loveys, it's been a right funny couple of weeks.

I was telling me friend Bernice about our Amy's mystery illness. "Maybe she's allergic to gays Brenda", she said, "you know; homophobic. Now that James has moved in it could be making her ill. It can't be a coincidence."

"That's not what homo-flamin-phobia is, Bernice, you daft bat," I told her, "homophobia's when you don't like gay folk, it doesn't mean they actually make you ill!"

She's off her head is Bernice. Mind you loveys I'll say one thing for the gays and lesbians on the cobbles, they ain't half nice. While the rest of us are running about having affairs and murdering folk they're running homeless shelters and getting along like flamin' houses on fire! Take that James for instance, he was magnetically drawn to Sophie and Sian and their loving relationship and they were the first to help out at the shelter... and Roy of course, he helps homeless folk an' all, but then he's married to a transgender lass, not that that means he's gay, cos he married a lass, cos transgender isn't the same as transvestite cos that's what Marc is. They're all different loveys, and I thank all of 'em for explaining those differences to me again and again and again and again... and again...

I pointed out Marc to me friend Bernice, "That's him" I said, "the fella that wears women's clothes"

"Oh Brenda," she said, "you'd never tell it was a fella would you?"

"Bernice you daft bat, that's cos it isn't a fella, that's flamin' Mary! Mark's over there!"

I don't know why I bother gossiping with her, loveys, I really don't.

I've also got to the bottom of Marc and Claudia's funny way of talking. When they first spent the night together they both popped the wrong teeth back in in the morning, nobody's had the heart to tell 'em. I'm gonna have to say summat though loveys, it's getting on me wick listening to them two hissing like demented snakes whenever they speak!

So the big news round these parts has been the return of Dennis, and our Rita wasted no time in taking him in. Before you could say Imperial Leather she had him shaved, washed and dressed from head to toe in Alan Bradley's executive wardrobe. She could have told Tina, she got the shock of her life when she saw all Dennis's residue hair in the bath and asked Rita if she'd she'd been struck down with alopecia! Poor Dennis, it's taking him a while to settle in at Rita's cos he can't sleep properly unless he's wee'd in his trousers for warmth like he did every night in his cardboard palace, it's playing havoc with the velour on Rita's settee. She should get him an incontinental quilt until he's housetrained again.

That Tommy Duckworth is funny in't he loveys? Moving that motor-home loads of times and then returning it again. Hilarious loveys, I laughed about that for ages... belting... hmmm...

What's obsessive, dangerous, and no fun to be around? You don't know? There are three of 'em: Becky, Claudia and Tracy - Bananasrama as I like to call 'em. Becky grabbed Max so quickly from Gail's house the poor lad had whiplash, Claudia's stalking Marc and Tracy... is just Tracy - you'd never find Sean, James, Sophie and Sian behaving like that. If we all took a leaf out of their book the world would be a better flamin' place, bless 'em!

If there's one thing I want you take with you from this bloggy post it's that everybody is different; black, white, straight or gay I don't discriminate, as long as you'll lend me a fiver and a Dunhill yer alright with me!

Tweeter here or complain below I don't really mind loveys, I like a chat!
Posted by Tvor at 19:07

Love the line about why Mark and Claudia talk the way they do!!