The Silence of The Cheryl (spoiler at the end) 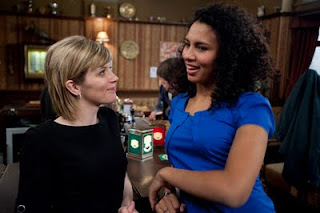 (This post was originally posted by Scott Wilson on the Coronation Street Blog in May, 2011.)

Anyone who watched the latest series of Doctor Who will know about the Silence: a race of creepy aliens who only exist when you are looking at them.  You can chat to one for hours on end, and the minute you turn your back, they are forgotten.

Steven Moffat has got a lot of kudos for this brilliant idea.  However, it's one that Corrie has successfully used itself for the past year.  Except their version is called Cheryl.

Cheryl is almost completely forgettable.  It's fascinating to see her turn up on screen, because every single time you ask yourself, "who's that?".  Barney, David Platt's rabbit, had a greater impact on the Street and its history, and he's been dead for ten years.

She first entered the show as a friend of Leanne's from their escort days.  Like Leanne, she's moved up in the world, though while Ms Battersby had found herself a fiance and a business, Cheryl had become a lap dancer.  Not so much a step up as a leg up.  StreetCars got a contract with Cheryl's club to ferry tired businessmen back to their hotels in time to tell their wives they really loved them, and soon Lloyd was becoming besotted by the lady of the night.

What followed was a low-rent version of Mona Lisa, the classic 1986 British film.  Bob Hoskins was nominated for an Oscar for his part in the film; the Corrie version had Lister from Red Dwarf instead, so you can imagine how well that turned out. The Weatherfield version shied away from giving Cheryl an underage lesbian lover, and instead gave her a dodgy husband and an irritating child. 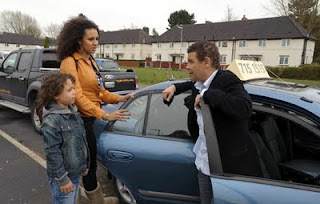 Within weeks she was sporting a black eye, courtesy of husband Chris, and she was sleeping on Lloyd's sofa.  Why she ran to Lloyd (a man who was clearly obsessed with her) instead of, for example, Leanne Battersby, or perhaps any other humanoid in the solar system, was never made clear; all we knew was that in her time of need Lloyd was there for her, putting her up rent free and making puppy dog eyes in her direction, which she blatantly ignored.

Dev gave her a job in the kebab shop; her years of sex work had given her a great deal of experience in handling rancid meat.  She paused in her work at giving bits of dodgy beef to Jason Grimshaw only to bawl abuse at her ex-husband, who'd taken work with Owen the builder, and who kept coming into the kebab shop and making threatening gestures with a Doner.  During all this, Cheryl slept with Lloyd, because the best way to keep a man at arm's length is to get underneath him.  She claimed it was a mistake and she should never have done it, but at some point changed her mind and moved into his bed permanently; we were never told why she relented, so I've assumed Lloyd used Jedi mind tricks.

Soon Cheryl wanted to do more than just ask people if they wanted salt on that, so she did what any forthright career minded girl would do: she got her boyfriend to give her a job.  She elbowed Eileen off the switch in the cab office and was soon redecorating the place to her own vision; it seems that public transport's gain was interior design's loss.  Fat Brenda's views on the new pastel coloured walls and soft furnishings remain, sadly, unrecorded.

Throughout her onscreen appearances, Cheryl managed to display zero charisma, charm or personality; when Chris and Lloyd began fighting over her, their fellow punters in the bar spent most of the time asking "who?".  The intervention of a tram into the Joinery was all that stopped the two men from beating each other to death in the most pointless battle since the Charge of the Light Brigade.

Chris moved onto Maria, while routinely glowering in Lloyd's direction, often with his shirt off.  While he acted with his pecs, Cheryl chose to act with her hair, and her joyously curly tresses are the most interesting thing about her.  In fact, there are rumours that Phil Collinson is negotiating with the hair to continue its role on the Street after Holly Quin-Ankrah leaves.

Now that she had her claws into Lloyd, Cheryl was able to reveal her true, shrew-like personality.  It had been kept relatively under wraps before because (a) no-one likes to be harangued by a stripper and (b) Chris threatened to belt her every time she got uppity, but now she was able to unleash the full force of her Hyacinth Bucket pretensions.  She dismissed Sally Webster's taste in decorating, pushed her son Russ into the school production like Dina Lohan on uppers, and forced Lloyd to buy the shell of number 13.  She conveniently overlooked the fact that her son nearly burned to death in the same house on the night of the tram crash; presumably his psychological well-being is less important than a through lounge.

She's now manageress of Nick's Bistro, once again proving that prostitute and restauranteur are all part of the same service industry.  Gail was keen to take the role, but Nick felt that her years owning and running her own cafe were insufficient experience for such a demanding job; besides, Cheryl did a trick with some ping pong balls at the interview and he was sold.

The recent announcement that the actress's contract wasn't going to be renewed was met with bewilderment by Corrie fans, mainly because no-one realised she was an actress; most thought she was just a production assistant who read other people's lines when the proper actress didn't turn up.  She won't be missed.  In fact, give it a few minutes, and you'll forget she was even there. 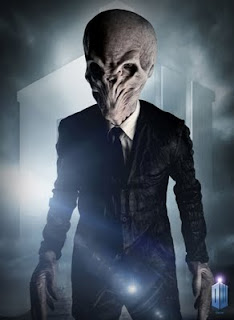 So *that's* why I have all these marks on my arm.