Whatever happened to Elsie Tanner? 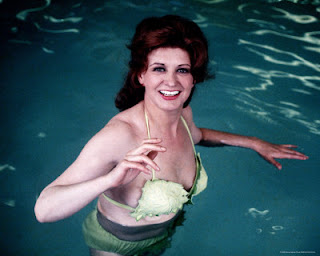 (This post was originally posted by David on the Coronation Street Blog in May 2011.)

It's been the unresolved question hanging over Weatherfield for over a quarter of a century. How did Elsie Tanner's life pan out once she had left the cobbles. In a wonderful scene last night, Dennis Tanner finally solved the puzzle. In a heart to heart with old flame Rita, he told her that Elsie had lived a long and happy life in Portugal, married to Bill Gregory. However, she had died aged 81 in a car accident, her wonderful red sports car having left the road and ended up at the bottom of a cliff.

Personally, I think it was a fantastic idea to bring closure (I hate that phrase but it had to be used) to the Elsie story. Plus Rita asked the question that long-standing fans had often mused over.

Were you happy with this piece of Corrie history being brought to a close or should Elsie have remained unspoken about, forever knocking back a vodka and tonic on the Algarve?

I loved it that Elsie was mentioned and what a way to go!

She left the street very quietly - which was out of character for her, so it was nice to find out how she spent her days

I really enjoy when they mention past storylines and characters and Elsie was such an icon that everyone always wanted to know what happened. If she lived happily ever after etc.