(This post was originally posted by Fat Brenda on the Coronation Street Blog in June 2011, reposted with permission.)

So as you all know, Karl's got a job at Streetcars. He came in, took one look at me inner thigh and one whiff of me Yardley Lace eau de flamin' toilette and that was it, he was smitten! I sent him off to find Lloyd and now he sits with me every night munching on me Tunnocks and supping on me Mellow Birds!

I know Eddie left cos there wasn't enough work so it might have been a shock hearing we needed new drivers but the truth is, I lied! After I saw Karl's rugged good looks and tight denim clad bum I knew we (I) had to have him! 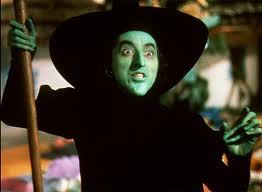 It's not all been plain sailing for that lot though, Stella has had a right nightmare trying to run The Rovers while Becky has been doing her best to ruin it. When will someone actually say to Becky, "Even though Roy and Hayley tell you yer belting yer not. Yer horrible. You've smashed up Ken and Deirdre's house, looted from yer friends, sulked when summat's not gone right for you, been violent to folk and ruined yer chances of adoption by shouting at everyone and being caught smoking - when you've claimed to have given up - by social workers and then to top it all off you create a situation where yer husband's daughter becomes less important than yer nephew who you've only known for a couple of months!" She's a right flamin' witch nowadays!

Poor Ken has been at his wits end listening to that racket coming from The Rovers over the past week. Deirdre hasn't been that bothered though, she's had her head in a kiln.... mind you wouldn't we all if we were married to Ken! He did get a a bit hot under the collar when that stripper pounced on him though but when you've had as many lasses as Ken you get used to women throwing 'emsleves at you... so he tells me anyway... when Deirdre's not there!

It was nice to see Sean and Marcus being absolutley delighted that Dylan's mam, Violet, was more seriously injured and ill than they thought! "Whoopeeee, she's proper ill!" they cried! They took her son out to celebrate! 'There you go Dylan, have an ice-cream, yer mam's at death's door!" 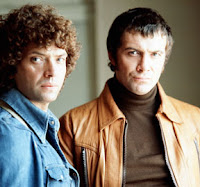 I saw Dennis lost a tenner going on a pilgrimage to his old house. He came out looking very upset but wouldn't we all after being in a confined space with Eileen flamin' Grimshaw! What does bother me though is where Dennis is getting all his clothes from, judging by that tan leather jacket he was wearing on Monday, the seventies! Does Rita keep all her dead husband's clothes - like trophies? He's in a different get-up every week that Dennis!

It's not been a good week for Carla after losing her mum. I was surprised an' all, I always thought Carla was bred in a laboratory using the mane of Black Beauty and the liver of Oliver reed! I can't imagine her ever being a child...
"Carla, shall we go to the sweetshop?"
"The flamin' sweetshop?! No we shall not! I'm not paying you to stand around eating flamin' sweets while there's skipping ropes need jumping"
"But Carla, you don't pay me, I'm only six and so are you!"
"Pass me that cherry Coke, I need a drink!"
"But Carla, don't you think you've had enough cherry Coke for one day?"
"I'll drink as much as I flamin' like...etc etc"

Anyhow, back to Stella. I'll say this now loveys and I'm putting me neck on't line, I flamin' like her. Any lass who can tackle a hardened criminal with nowt but a scowl and a bookies pen is alright by me! She gave Peter a good rollicking for leaving Leanne on her own to cash up. Who does she think she is, her flamin' mother?! I do like stella though, I mean, I'd still get off with her Karl if he offered loveys, don't get me wrong, but I'd feel guilty about it... maybe... eventually!

Before I go, I just had to say, how long has Lloyd been painting that flamin' wall at number 13?! Michelangelo took less time painting the Sistine flamin' chapel! They've decided to make the decor as bland as possible in an attempt to make Cheryl more interesting in comparison but I don't reckon it'll work do you?