Two Heads (Or Sometimes Seven) Are Better Than One 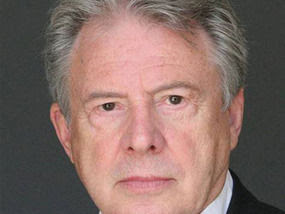 The return of Philip Lowrie as Dennis Tanner raises a couple of interesting questions.  Firstly, will he bring the same brilliance to the role he previously parlayed into The Mall's Roger ("Of course, by the time I realised it was all a silly mistake, I'd already taken the overdose")?  The second is, at what point does an actor get brought back to play the part, instead of being recast?

After all, Dennis Tanner hasn't been in the show for forty years.  The producers could quite easily have brought back the character with a different actor playing him with very little repercussions.  You could cast any well put together man in his mid seventies and no-one would notice.

Coronation Street's never been afraid to bring in another actor when necessary.  The saddest recasting took place when Patricia Cutts took her own life after playing Blanche Hunt in two episodes; Maggie Jones took over the role, and made it her own.

The most common reason for recasting is to replace a child actor with a teenage actor.  For the first ten years or so of their existence, Corrie's children exist only to be fed fish fingers, create custody battles, and get rescued from the occasional disaster.  It's not a part that requires much in the way of acting, just the ability to look cute and not stare at the boom mike.

As they get older, the producers often recast to allow a more accomplished actor to come in and take on the responsibility of bigger storylines.  This happened in 1999, when 16 year old Tina O'Brien was brought in to play 12 year old Sarah-Louise Platt, just prior to the character getting pregnant.  Tina probably thought that she wouldn't have to play a schoolgirl for very long, not realising that 12 years later she'd still be in a school uniform in Waterloo Road.  That sound you can hear is her hammering on the gates of Granada, begging to be allowed back.

At roughly the same time, Sarah-Louise's brother Nicky was also recast.  This illustrates the second reason for recasting an actor: a new producer decides to change the character itself, and so a new actor is needed to reflect their "vision".  The following diagram indicates the evolution of Nicky Platt over the years.

Warren Jackson played Nicky originally, being cast as Baby Tilsley before he'd even lost his umbilical cord.  He carried on in the part for sixteen years, never really being very good at it, and being upstaged by the likes of Steve McDonald.  Warren left to study for his exams, and never came back, which wasn't really a surprise.
What was a surprise was that Nicky returned looking as though he'd studied for a GCSE in Extreme Gym Membership.  The producers claimed this was to appeal to teenage viewers; actually the only new demographic attracted to the show was the kind of sweaty man who tapes all the Olympic diving but only watches Tom Daley.  They persisted with Adam Rickitt for several years, even letting him come back to get snogged by Todd Grimshaw when his pop career failed, but finally they gave up hope and recast again.
The new vision of Nick(y) Tilsley was that he should be a three hundred year old man with limited acting ability, and Ben Price has filled this role admirably.  The unfortunate side effect of him now being played by a pensioner is that his interactions with mother Gail take on a creepy, crypto-incestuous vibe.  As if there weren't enough of those already with David. 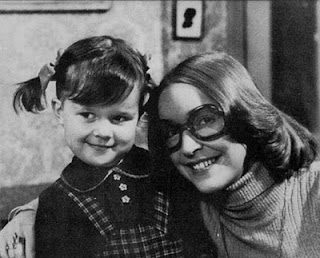 Of course, as with so many things, the go-to family  for recasts are the Barlows.  No wonder Ken always looks a bit anxious; every time he turns around one of his family members has a new head.  Tracy has been through four metamorphoses over the years.  Christabel Finch famously went upstairs to listen to her tapes and didn't come down for two years; Holly Chamarette replaced her, before being replaced in turn by Dawn Acton, who played Tracy as a stroppy teenager.  Even knocking back a couple of dodgy ecstasy tablets couldn't keep Dawn down, until she was replaced by Kate Ford.  Each transformation has seen a ramping up of the character's personality, from "annoying", to "very annoying", to "wild child", and finally to "demented psychopath".  Presumably if a fifth actress is cast, she will make the full blown evolution to "medusa", and a snake handler will have to be hired.
Peter Barlow has been played by something approximating eight hundred actors over the years, with the character sometimes changing appearance between episodes.  In one famous scene in 1976, Peter managed to go through puberty in the course of three minutes, by simply cutting back and forth to different actors: he started the scene eating fish and chips with a single pimple and by the time he'd cleared his plate he had a beard.  Chris Gascoyne must be a nervous wreck, too anxious to take a holiday in case he comes back from Marbella and finds he's been replaced by Todd Carty.  His twin sister Susan, meanwhile, managed to have one face in 1970,  a different one in 1980, and then the old face back in 1985, which is quite a clever trick if you can manage it.
The undisputed queen of recasts though is Amy Barlow.  Barely six years old and she's already up to her sixth head, raising the thrilling prospect that she may in fact be a Time Lord, and she'll be turning into Sylvester McCoy sometime soon.  To be fair, there have been legitimate reasons for recasting her over the years.  One of the babies clearly had an aversion to Kate Ford, and burst into tears every time she appeared on set; another had problems walking and talking at the same time, so she was out, especially as she was still better at acting than Bill Roache; while a third was quite clearly Satan incarnate and managed to terrify viewers by simply being onscreen.  The current incarnation, Elle Mulvaney, seems to be doing well and has even been allowed a few lines, but if I was her I'd study hard and get those qualifications.  The odds on her still being Amy by the time she reaches high school seem slim to say the least.
The whole process is continuing even today - Little Tommy Duckworth is about to return, played by someone from Hollyoaks; previously Paul Duckworth returned, played by someone from Grange Hill, meaning that we're probably due Brad Duckworth in 2015, played by someone from MI:High.  Such is the life of a soap actor.  If you're good, you'll be around for decades.  If you're not, there's someone waiting in the wings who looks just enough like you to convince the fickle public that nothing's changed.  And there's not a damn thing you can do about it.
Posted by Tvor at 20:16