(This post was originally posted by Fat Brenda on the Coronation Street Blog May, 2011, reposted to this blog with permission.)

I'm still hungover after going to Becky's party last week, it was a beltin 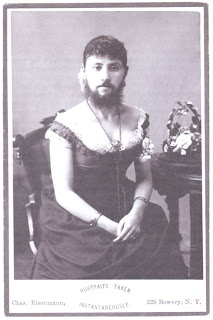 g do! She even managed to get some of the attractions from the travelling Freak Show, that have set up camp on the Red Rec, to go! She spent most of the night with her head stuck to the lap of the bearded lady. It was all going really well until Steve turned up trying to spoil everything. I ran off and hid in the bedroom cos I'd called in sick to the cab office and I didn't want him to see me. Once he'd gone we got right back into the party mood. I have recorded some of it on me Orange Apple Hi-phone if anyone's interested,

"It's a great do this, Becks" I told her with a glass of pina colada in me hand.
"No it isn't Brenda. You just want it to be a belting do but it's not what it is... it's not who I really am, it's just who you want me to be" she replied.
"You what?"
"I'm nowt me Brenda, nowt but a lass from the wrong side of the flamin' tracks... I'm nowt. Do you hear me? NOWT!"
Poor Becky, still spending Steve's cash and banging on about how flamin' hard her life is. It's not often Roy and Hayley liven a party up but thank Cliff they came when they did cos I was close to lamping her one!

Did anyone see Tommy Duckworth's cardigan when he went out with Tina? Oh loveys, he looked like a model for BHS - proper nice. He was given some advice on women from the wise and charismatic Cheryl cos she's proved herself to be an authority on relationships - what with her years with an abusive fella and her obvious love of Lloyd('s money). It's like Kevin Webster giving advice on fidelity and contraception!
If I was Nick I'd turn them lights down behind the bar cos when they illuminate his ears it's actually quite frightening but not as frightening as Gail who's become so obsessed about the bistro's cleanliness she actually waits for you outside the toilet cubicles while yer weeing and questions you on what you've done in there! Why does she spend so much time cleaning? It's tiny! Is it really that dirty? Maybe she cleans out Nick's ears with her mop, that's an eight hour shift in itself! Maybe she's still trying to remove the stubborn under-stains that were left after Nick and Leanne "christened" the furniture! 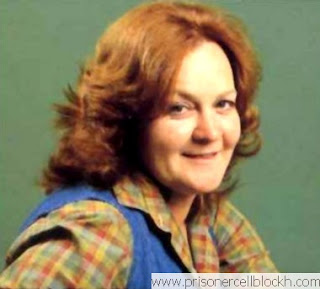 I like the way Fiz is preparing herself for prison by slowly turning into Bea Smith from Prisoner Cell Block H! I can see her now, operating the steam press and getting up to all sorts of trouble with her inmate pals. When I was banged up for stalking Luigi from the local trattoria I had the time of me life in Weatherfield nick! I shared a cell with Gail for a few weeks but apart from that it was really good!

I gave Fiz some advice. "Don't marry someone who has previously had affairs with a young girl while going out with you and then kidnapped the lass he had the affair with." Sound advice is that loveys! She didn't thank me for it though... ungrateful witch!
It's nice to see Rita is back to doing what she does best - drinking too much and kicking Norris. For too long she's been like the Dalai Lama in a Cilla Black wig, wandering round and advising folk on what they should and shouldn't do but now Dennis Tanner (or Dennis lost tenner as I like to call him) is around she seems to have lightened up at long last! Thank Cliff for that! 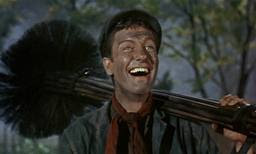 Eeh by gum! Well I'll go to't foot of our stairs h'apen I will cos there's a new bar manager at T'Rovers called Stella! She seems right nice dun't she bless her lickle cotton socks! She's a very strong accent though loveys, I can barely understand her! I reckon she's from the south loveys cos they have proper funny accents in that South Manchester - Chorlton and Didsbury loveys, they eat summat called hummus over there! Her boyfriend's a bit of alright though in't he? Oh loveys, he's proper fit! I think he's been giving me the glad eye an' all the rum beggar! Steve gave him the task of cleaning up the cellar... he could give my downstairs a good bottoming any time he flamin' likes!
We needed some new fellas round here and Karl fits the bill perfectly. I mean, I do like Marcus in his black muscle-man vest, don't get me wrong, but that Karl is in a different league!

Talking of Marcus, he's a been a right godsend now that Dylan is living with him and Sean. It's like Three Men and a Little Lad with Sean as a young Ted Danson, Marcus as the quirkily handsome Steve Guttenberg and Eileen as the masculine mustached Tom Selleck!

I'm off now loveys but remember, Jesus said, "it's easy in life to ridicule others and spread nastiness about folk but it's proper hard to do it really well"
Jesus was not consulted in the making of this bloggy post and all references to him are purely coincidental!
Check out me tweeters here!
Posted by Tvor at 12:43

What is this site really for? I'm confused. Huge Corrie fan...been watching since 9 December 1960!!!!!!!! Just wondering about the point system. I am very competitive.Thank you so very much in advance. Goodnight, blessings your way,Boo.