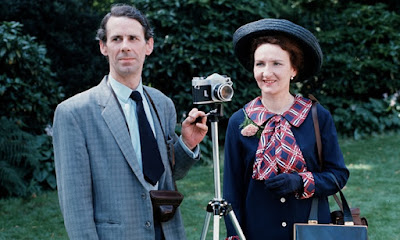 Stephen Hancock, the actor who played Ernest Bishop on Coronation Street, has died aged 89. Ernest was the husband of Emily Bishop in the show. 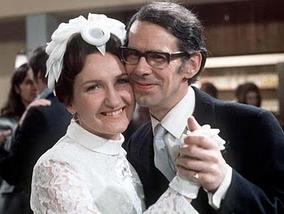 His obituary, below, is taken from The Guardian today.

When the actor Stephen Hancock, who has died aged 89, refused to sign a new contract with Coronation Street on a matter of principle – getting a better deal for many of his fellow cast – he consigned his character, the shy, mild-mannered Ernest Bishop, to the soap’s first violent death. As the wages clerk at Mike Baldwin’s factory, Emily Bishop’s husband was fatally shot in a bungled robbery. 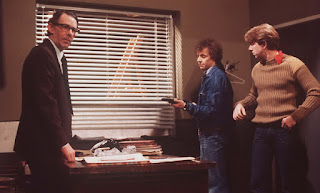 Hancock had no gripe about his own contract, but told the programme’s producer, Bill Podmore, that the wages structure was not fair to some of the actors, with a handful of longer-serving ones getting a better deal. His call for justice echoed some of the traits of his character, who was a lay preacher. However, Podmore was not moved to change a long-established system and there were no complaints from other cast members, so Hancock was written out.

He followed his character’s storyline to the end, witnessing the filming of Ernest’s burial from the cover of nearby trees. “I remember going as myself to the funeral and watching myself being buried,” Hancock said in a 2010 television documentary, Coronation Street: 50 Years 50 Moments. 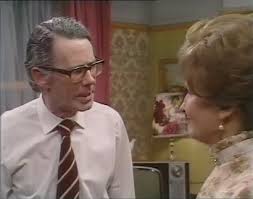 Before becoming a regular as Ernest, Hancock had two bit parts in the serial. He was an uncredited pram sales assistant serving Linda Cheveski (Anne Cunningham) at Babyland in 1961 and appeared as Mr Spinks, election agent for Leonard Swindley (Arthur Lowe), the following year.

He took the part of Gordon Bishop, photographer at the wedding of Elsie and Steve Tanner (Pat Phoenix and Paul Maxwell), in 1967. Two years later, he was reintroduced as Ernest Bishop, who took on Emily Nugent (Eileen Derbyshire) in his photographer’s shop. The on-screen explanation that Gordon Bishop was his professional name covered the fact that the change came because there was another Gordon – Clegg (Bill Kenwright) – in the cast. 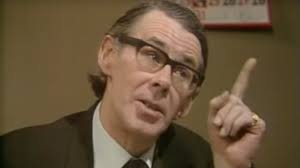 Marriage followed for Ernest and Emily in 1972, they even fostered two young children for a while and, when the photography business went into liquidation, Ernest began working at Baldwin’s Casuals. A sawn-off shotgun ended his life in 1978 – causing such uproar among viewers that Norman Swallow made a 1979 documentary, Death on the Street, for Granada’s This England series, about the reaction. The actor supplied his musical talents, writing and performing the theme music.

During his run in the soap, Hancock was sometimes seen playing the piano in the Rovers Return for knees-ups and accompanying Rita Littlewood (Barbara Knox) during her nightclub singing days. 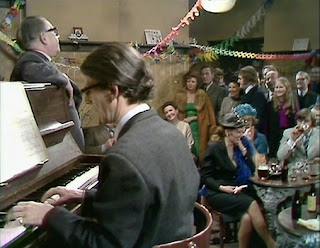 Music was in his family. Hancock was born in Bishop Auckland, Co Durham, the son of Alicia (nee Hodgson) and Maurice, a civil engineer who was also a concert pianist. He went to the Chorister school, Durham, becoming head chorister at the cathedral. He finished his education at Darlington grammar school, and during this time acted at the Theatre Royal in Richmond, North Yorkshire. From 1943 to 1948 he served in the RAF as a radio engineer, in Aden and Naples, where he performed in services shows.

On demob, Hancock decided to follow his younger brother into acting (Christopher Hancock later played Charlie Cotton in EastEnders) and trained at the Central School of Speech and Drama.

He acted in repertory theatres and in the West End alongside Margaret Lockwood and Jack Buchanan in Pygmalion (Savoy theatre, 1951). He also mounted revues in small London theatres with the comic lyricist Myles Rudge and in 1954 appeared in Dear Dotty, a BBC sitcom set in a women’s magazine.

Drawn back to his first love, Hancock then gained a degree in music from Durham University. Throughout his life, he returned to the city, and his proudest moment was hearing his setting of Magnificat and Nunc Dimittis sung at the cathedral.

Acting and music combined to keep Hancock busy for most of his working life. He found a national audience when he played Dr John Faulkner (1959-61) in the medical soap Emergency – Ward 10, in which Jocelyne Page briefly played a nurse. However, the couple’s paths did not cross in the television studio. They met while both were appearing in a West End production of Galileo (Mermaid theatre, 1960) and married the following year.

Hancock then began a 40-year association with the Royal Shakespeare Company at Stratford-upon-Avon, first as an actor, then as singer, pianist, arranger and conductor. He was also musical director of many Birmingham Rep productions in the 1960s and 70s, and composed music for radio.

On television, he took the role of Warren Haycroft in two 1966 episodes of Crossroads and, after leaving Coronation Street, played the 1940s dance-band pianist Leonard Dukes in the sitcom Sounding Brass (1980). From 1996 to 2000, he had a role in The Archers, playing Laurence “call me Larry” Lovell, Felpersham’s answer to Noel Coward and rival amateur theatre producer to Lynda Snell (Carole Boyd).

After retiring to Southwold in 2004, he enjoyed acting with the Suffolk summer theatre company there and in Aldeburgh, and was musical director for some productions.

Jocelyne died in 2012. He is survived by their two daughters, Gemma, an actor-turned-casting director, and Phyllida, an actor.