Sue Nicholls: "I was surprised about Audrey and Ken storyline" 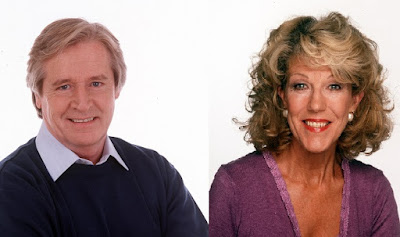 Sue Nicholls, who plays Audrey Roberts in Coronation Street, says she was surprised when she was first told about the Ken and Audrey storyline.  In this interview with Sue Nicholls, she tells us what we can expect as Audrey and Ken's friendship develops... and Cathy's sister Nessa arrives who also fancies Ken!

Is Audrey surprised by her feelings for Ken?
At first she is just enjoying his company and not reading too much into it but she is eventually surprised about how she is feeling. First of all she is seeing herself in a mother earth type of role as he has had this dreadful loss and needs someone to talk to. But after having a couple of occasions where they spent time together they start talking about how long it takes to move on from a loss which sorts of takes it into a different area, as it it recognising that moving on to another relationship is an option.

Does it panic her a little?
Yes I think maybe it does a little not because she doesn’t like it but because she does like it and that worries her. She feels a bit out of her depth with someone like Ken. She probably went home that night and poured a very large drink and thought “Ooh what is happening here!”

What do you think it is about Ken that attracts her?
Initially it is the first time that they have talked about other things, it is a bit deeper, not just about general day to day stuff. She finds she quite enjoys his company, I don’t think for one moment that she ever thought she would have a grown up conversation with Ken. She tried to impress him with reading Anna Karenina and he was so lovely when she did admit she wasn’t really reading it he was so sweet about it! Sometimes when you get to know someone a bit and perhaps go to their home you start to see them in a way that you haven’t done before.

Do you think she is concerned somewhere with what people may think because of Deirdre?
I think in a way there is that yes and I can understand that because it is quite soon after. At this point she isn’t able to go too far down worrying about that because Nessa appears.

Does Audrey immediately realise that Nessa fancies Ken?
Oh yes very quickly, she is very upfront and straight in there. She thanks Ken straight away for helping look for her son Alex, she doesn’t give Audrey a second glance. Particularly once Audrey has made it clear she and Ken are not an item. She thinks she is a bit over the top.

Do you think she is a match for Nessa?
Well I actually think she knows exactly what Nessa is and what she stands for because she is very much the sort of person Audrey was when she was younger. She’s flirty and gregarious. There’s a bit of that still in Audrey. Nessa doesn’t have the baggage of having known Deirdre or caring what other people think so she can just put it out there and go for it.

What happens when Audrey confides in Rita?
Because Audrey has gone home on her own and the whole Ken thing has occupied her mind more than it would if she had a house full of people then she feels she really needs to speak to someone. Rita is the person who had already started to notice things anyway and had made a few comments. They have a chat in the pub and Rita tells her she should tell him how she feels.

If you were Audrey’s friend how would you advise her?
I think I would not have been as forward as Rita, I would have said just see how it goes and see if it goes any further. Don’t rush into things and if it is meant to be it will. Don’t worry about Nessa we don’t know anything about her and there is nothing to say Ken is interested.

Do you think Audrey and Ken would make a good couple?
That is a very difficult question to ask. There are some very big shoes to fill and they are very different people. I was quite surprised when I was first told about what was going to happen, but nicely surprised. In fairness it depends what they are going to do and how it develops, it is nice that it is quite a slow burner and is coming from a mutual friendship. And as yet we don’t know if they will end up as a couple. For now she is just very peeved that Nessa has come in and stolen her companion from her.

Ken would also have big shoes to fill as Audrey’s love of her life was Alf?
That is true, Audrey first set her sights on Alf because of his position, she had been around the block a bit and he could give her a life she wanted but she grew very much to love him and he helped make her the woman she is today. He taught her a lot. Growing old with someone is all part of it. Most of all I think Ken and Audrey could have a lovely friendship.

How do you think the families will react about this growing friendship?
Well the family are very unforgiving with Audrey and Gail and their choice in men so if they think something is possibly developing with Ken it would be interesting to see how they and indeed Tracy will react!

Are you enjoying working with Bill?
Yes I am I love Bill, we haven’t ever really worked together before this to any degree - I have been in the Barlow’s maybe about half a dozen times in total before this storyline. It is a joy for me as an actor to work with different people, you get used to working with your on screen family and it is lovely to suddenly have something different. Bill is a real giggler and it seems I make him laugh even when I’m trying to be dramatic.

Have you had any response from viewers?
Not really as yet because aside from the Anna Karenina incident there hasn’t been a lot of indication that anything might develop. It will be interesting to see what the viewers make of it. I do think it is something that people of a certain age can identify with. Are you ready to give up the life you are living and let someone else in? 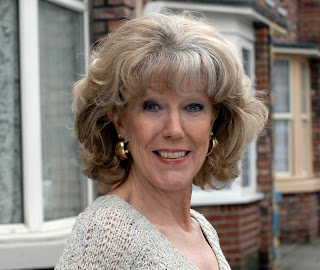 Sue, and Audrey, are in the Corrie spotlight at the moment with Audrey's friendship with Ken developing into something more. Or will it?

Sue, also known by her title of the Honourable Susan Frances Harmar-Nicholls, is married to actor Mark Eden, who played Alan Bradley on Corrie.  In the interview she talks about married life to Mark and her on-screen relationship with Ken Barlow and real-life friendship with William Roache.


She also talks about the death of co-star Anne Kirkbride who played Deirdre. She says: “The storyline had to change because of the circumstances that hit us all so badly – because of the sadness of dear Annie. Obviously that meant Deirdre wasn’t going to be around, so what they’d thought of had to go on hold.”

What does Sue think Anne would make of Audrey getting together with Ken? “I don’t know really,” she ponders. “She was so professional. Annie just took whatever stories happened. She’ll ­probably say, ‘Yeah, go on girl. Love you...’”

She adds: “Everybody loved Annie, it was always a joy to be with her. But you’ve got to kind of think of the story – and I don’t mean forget Annie. It’s difficult because she was such a huge, huge character and so important. It’s being delicately done.”

It's a lovely read and it's here.