Adrian Mole and the Early Acting of Chris Gascoyne, Aged 17¾

There are some links between Adrian Mole – one of England’s finest comedy characters – and Coronation Street that I have wanted to blog about for ages.

With Mole turning 50 in April and Penguin recently publishing ‘Adrian Mole The Collected Poems’ to mark World Poetry Day, now seems as good a time as any.

For anyone unaware of Adrian Mole, he was created by Sue Townsend – who would become one of Britain’s favourite comic writers – and a series of books documenting his dysfunctional world were published between 1982 and 2009. 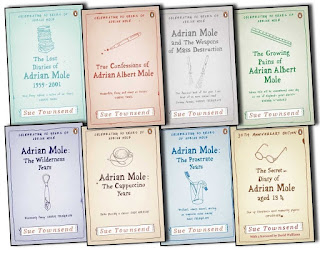 The books were written in diary form and the first two, ‘The Secret Diary of Adrian Mole, Aged 13¾’ (1982) and ‘The Growing Pains of Adrian Mole’ (1985) provided an absolutely hilarious account of what it is like to be an adolescent boy, not to mention a biting social commentary on Thatcher’s Britain. 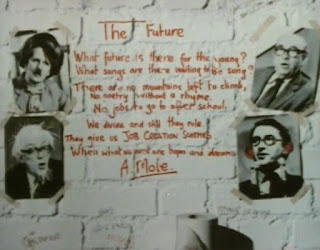 Set mainly in Leicester (well, Ashby-de-la-Zouch), the books followed the daily dramas and misadventures of Adrian’s teenage years and later his adult life during New Labour. They were simply brilliant – laugh-out-loud funny and also deeply moving and profound, pricking the nation’s conscience.

Perennially put-upon and unlucky in love, Adrian was one of life's losers. His dream was to be a writer and like a young Ken Barlow, he spent his days writing tedious prose that would never see the light of day. 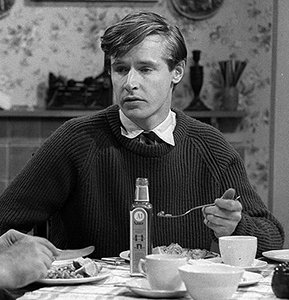 That said, at least the manuscript to Adrian Mole’s unpublished novel ‘Lo! The Flat Hills of My Homeland’ (later retitled ‘Birdwatching’) remains unburned.

Adrian was also an aspiring poet and he has finally had his work published. For the first time in a single volume, the very slim tome from Penguin gives us “the collected poems of misunderstood intellectual and tortured poet Adrian Mole”.

I would highly recommend it. It is a body of work that Daniel Barlow – one of the most naturally gifted students his lecturer has ever taught – could only dream of producing, especially now that he’s given up on Oxford.

I can’t be sure that Sue Townsend was a Corrie fan but I’d like to think that she was. Our beloved soap made it into a few of Adrian’s diary entries over the years.

For instance, on Wednesday February 2nd (1983), Adrian states: “Lucas [a neighbour who had an affair with his mother] turned up on our doorstep halfway through Coronation Street demanding to see Rosie” (The Growing Pains of Adrian Mole).

On Thursday October 31st (1991) Adrian notes: “Ken Barlow of Coronation Street fame has been on trial for being boring. He was found ‘Not Guilty’ and awarded £50,000” (Adrian Mole: The Wilderness Years).

On Wednesday 11th July (2007) Adrian remarks: “I happen to know that Mrs Wellbeck is an ardent follower of various soap operas. I have often heard her talking proprietorially about characters in Eastenders, Coronation Street and Emmerdale” (Adrian Mole: The Prostrate Years).

Finally, on Tuesday 22nd April (2008), Adrian recalls a conversation with his half-brother: “Brett said, ‘I’ve been sickened by how Dad’s so-called family have treated him. Try to see beyond the wheelchair, Adrian. Dad is fully capable of making decisions, he is an intelligent man.’ I said, ‘Is that why he thinks the actors on Coronation Street make up their own dialogue?’” (Adrian Mole: The Prostrate Years).

I love those references, which highlight to me exactly how important Coronation Street is within our national psyche. They also made me laugh when I read the books!

The first two Mole volumes were so successful they spawned a TV series. Both on ITV, ‘The Secret Diary of Adrian Mole, Aged 13¾’ was broadcast in 1985 and the sequel ‘The Growing Pains of Adrian Mole’ followed in 1987. 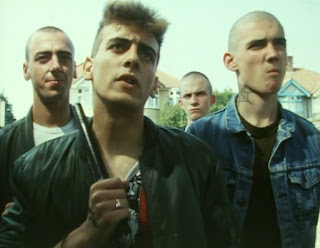 The TV adaptation is notable for Corrie fans because it featured Chris Gascoyne in one of his first acting roles. Before Peter Barlow, the bad boy of Weatherfield, Chris played Barry Kent - the Neil Armstrong Comprehensive School bully who terrorised poor Moley, demanding money “with menaces”. Here’s a clip:

Chris is the only actor in the entire series that can pull off an East Midlands accent. He is from Nottinghamshire, mind. Still, no one else in the Mole adaptation – not even the superb Julie Walters – could avoid falling into the trap of a brummie accent.

With it being World Poetry Day, here is a clip of Barry Kent once again as Adrian recites his hard-hitting political poem ‘The Future’ in the school toilets:

Of course, in the books Barry Kent later displays a natural gift for poetry, which Adrian encourages. He soon regrets it when Baz goes on to become a successful poet, and the author of a hit novel ‘Dork's Diary’, which revolves around a loser by the name of Aiden Vole. Just Mole’s luck!

I’d love to know what Adrian Mole is up to these days. I bet he was delighted that Leicester City won the Premier League and incensed at the subsequent treatment of Claudio Ranieri. Whatever trials and tribulations he currently has to endure, like the rest of us, I bet he’s still watching Corrie.