State of the Street March 2017 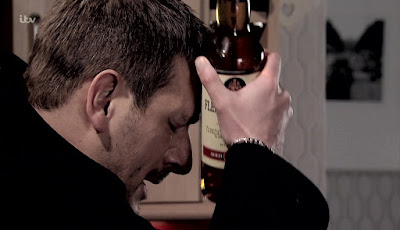 What a month we've had on The Street! Mayhem and attempted murder. Stalkers and pretend ghosts. Revenge and heartbreak. Just another month, then. Michelle vented her rage and attempted to lash out any way she could, forcing Steve to decide to sell the pub. Peter, recovering alcoholic, thinks it's a great idea to buy the pub and that causes a lot of ructions all around him. He's got someone else causing ructions, too, with the stalkery Chloe.

Daniel has had a traumatic few weeks. He is head over heels for Sinead who gets pregnant just as his dream to go to Oxford looks to be coming true. What to do? Ken sticks his neb and oar in and shames Sinead into deciding to abort the baby for Daniel's future. Things don't go well when that comes out, as you can imagine.

The big story comes at the end of the month with an attempted murder. Ken lands at the bottom of the stairs and the police think it's clear someone's pushed him. Most of his family and one other at least are harbouring a huge grudge against him. April will be concerned with figuring out who it was. My money's on a secondary character.