The Voice UK is on telly tonight and its coach will.i.am has taken the cross-promotional ITV branding one step further.

He's actually filmed his new video Fiyah on the Coronation Stree set, inside the Rovers Return.

will.i.am was rather taken with the set of the most famous boozer in Britain after he visited it with his Voice judges earlier this year. You can read more on that visit here. 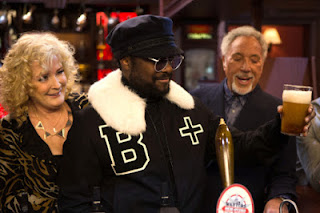 You can watch a short clip of will.iam recording his video here:

The Voice UK is on telly tonight, Saturday March 18 at 8.30pm on ITV